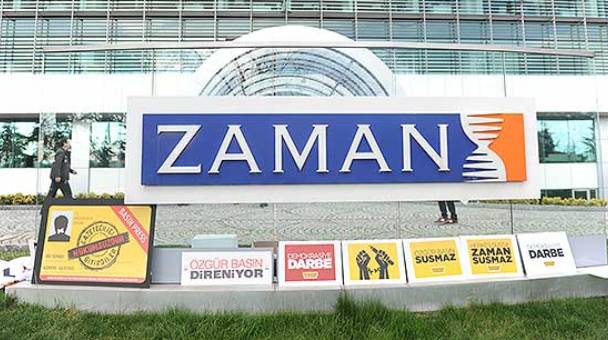 English PEN is seriously concerned by reports that the management of Zaman newspaper, one of the highest circulating newspapers in Turkey, is to be subject to a takeover.

Following a decision issued on 4 March 2016 at the request of İstanbul Chief Public Prosecutor’s Office, the Istanbul Sixth Criminal Court of Peace is appointing trustees to take over the editorial board and management of one of Turkey’s leading opposition newspapers.

‘Today, we are experiencing a shameful day for media freedom in Turkey. Our media institutions are being seized,’ Today’s Zaman Editor-in-Chief Sevgi Akarçeşme told a crowd of journalists, readers and other supporters gathered outside the newspaper’s headquarters earlier today, 4 March.

This is a new low in the Turkish government’s campaign to silence the opposition and chill freedom of expression. This is not just an attack on the press, it is an assault on civil society. Turkey is abandoning democratic values and it is essential for the UK and the EU to speak out.

In a statement issued earlier today, 4 March, Zaman voiced their concerns about the imminent takeover and the ongoing deterioration of press freedom in Turkey:

We are going through the darkest and gloomiest days in terms of freedom of the press, which is a major benchmark for democracy and the rule of law.

We are deeply concerned about […] developments that undermine Turkey’s democratic performance. We believe the only way out of this nightmarish atmosphere is to return to democracy and the rule of law. We are publishing our concerns to inform the Turkish nation, intellectuals who believe in democracy and the wider world.

English PEN strongly condemns the seizure of Zaman and urges the Turkish authorities to reverse this decision as a matter of urgency.