United Arab Emirates: freedom of expression must be protected 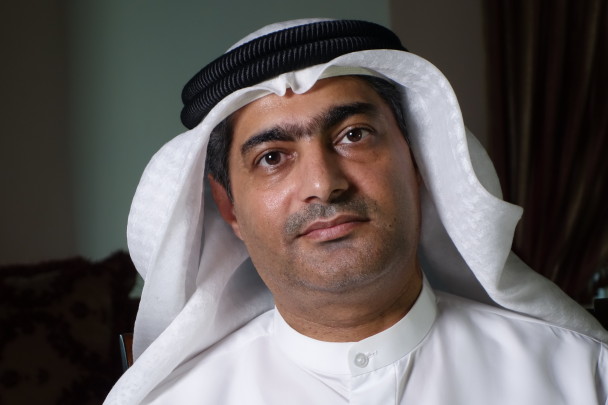 In an open letter to Prime Minister Mohammed bin Rashid Al Maktoum, a patron of the Emirates Airline Festival of Literature, English PEN and Human Rights Watch have highlighted concerns for the many writers, activists and others who have and continue to be persecuted in violation of their right to freedom of expression.

As the 8th annual Emirates Airline Festival of Literature draws to a close, English PEN and Human Rights Watch would like to express our grave concern over the United Arab Emirates’ attacks on those who exercise their right to freedom of expression.

The festival’s website states that the purpose of the festival is to bring ‘people of all ages and backgrounds together with authors from across the world to promote education, debate and above all else, love of reading and writing.’ We unequivocally support this aim, but call on the United Arab Emirates to take immediate steps to reverse its aggressive assault on critical thought and free speech.

The UAE’s record on freedom of expression has declined dramatically since 2008. The UAE has passed draconian legislation which poses a threat to the lives and liberty of those who exercise their right to free speech. UAE authorities have barred artists and academics from entry, deported bloggers and other proponents of free expression, blacklisted international NGOs including Human Rights Watch, and sentenced domestic dissidents to long jail sentences after unfair trials marred by allegations of torture.

The UAE’s uncompromising suppression of free expression has crippled what was a small but burgeoning civil society, going back to March 2011 when 132 Emiratis and four civil society organisations signed a petition requesting that the Federal National Council, whose mandate is to provide for public debate of legislation, be elected by universal suffrage and given legislative powers. This triggered the forced disappearance of prominent blogger and award-winning human rights advocate Ahmed Mansoor in April 2011; the disbandment of the Jurist Association in the same month and the Teachers’ Association the following month; the March 2012 expulsion from the country of the National Democratic Institute and Konrad Adenaeur Stiftungin; the July 2012 deportation of Emirati blogger Ahmed Abd al-Khaleq; the effective expulsion from the country of academic Matt Duffy, a professor of journalism at a UAE University and a proponent of greater media freedoms in the UAE.

In June 2013 human rights lawyers Mohamed al-Roken and Mohamed al-Mansoori were among 69 Emiratis convicted of plotting to overthrow the government in a mass trial tainted by credible allegations that the defendants were tortured in pre-trial incommunicado detention. From the court documents it is clear that they had done nothing other than peacefully exercise their legitimate rights to free expression and association. UAE authorities provided no credible evidence to substantiate the charges. The harassment and intimidation of the defendants’ lawyers led Baroness Kennedy of the International Bar Association to condemn what she called ’a climate of fear among the legal profession’.

In November 2012, the UAE passed a cybercrimes decree that enables the authorities to imprison anyone who comments critically about the country or its rulers. The authorities have used the law to imprison numerous Emiratis who have criticised the authorities’ heavy-handed tactics, or expressed support for political detainees. Emirati Osama al-Najer, for example, is serving a three-year prison sentence for offences that include ‘communicating with external organizations to provide misleading information.’ This was after al-Najer had been quoted in a Human Rights Watch news release on the alleged torture of political detainees.

The UAE’s assault on free expression has not been confined to political dissidents. In 2013, eight amateur film-makers received one-year prison sentences for ’defaming the UAE’s image abroad‘ on the basis of a 19-minute video that they made and uploaded to YouTube in October 2012. Deadly Satwa G-s parodied Dubai’s youth culture.

Emirati rights activist Ahmed Mansoor, one of the very few voices within the United Arab Emirates who provides a credible independent assessment of human rights developments, has been unable to leave the country since his conviction for insulting the country’s top officials in November 2011. Mansoor’s prison sentence was commuted after a royal pardon but since then authorities have denied him a passport and prevented him from leaving the country, smeared him publicly, and unknown persons have threatened him with violence and even death on social media, and physically assaulted him twice.

We support Your Excellency’s patronage of the Emirates Airline Festival of Literature, but strongly urge you to safeguard its future credibility by taking immediate steps, in your role as Prime Minister of the UAE, to put an end to your country’s assault on freedom of expression.