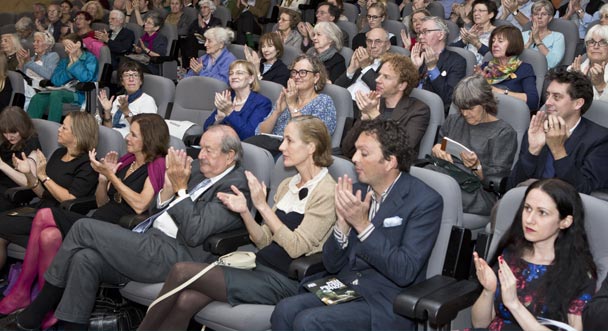 On 6 October 2015, English PEN hosted the PEN Pinter Prize at the British Library.  James Fenton, winner of the PEN Pinter Prize, chose Raif Badawi as International Writer of Courage.  Jimmy Wales, founder of Wikipedia, accepted the award on behalf of Raif Badawi’s family and introduced a short video message from Ensaf Haidar, Raif Badawi’s wife.  Jo Glanville, director of English PEN, gave the closing address, drawing attention to other writers of courage in Turkey, and the free speech challenges of the year ahead.

You can watch these speeches via the player below or on YouTube.