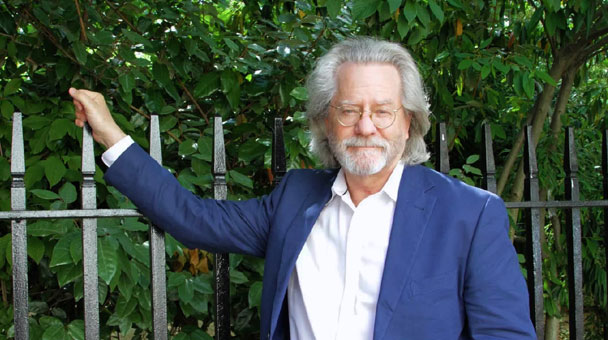 Philosopher AC Grayling will deliver the PEN HG Wells lecture at Edinburgh International Book Festival at 12.30pm on Sunday 14 August, the third in a series of annual lectures held in honour of former PEN president, author, visionary and human rights campaigner HG Wells. 2016 is the 150th anniversary of Wells’s birth. AC Grayling will explore how Wells as scientist and novelist was able to make literary use of science.

HG Wells foresaw the creation of the worldwide web, most particularly in a series of talks and essays which he first published in 1936 under the title World Brain. The PEN HG Wells lecture showcases visionary writing and new thinking that embody Wells’s interests.

I am looking forward to discussing the example set by HG Wells on the various and fruitful relationships there can be between science and literature.

HG Wells pioneered PEN’s active engagement in support of human rights and the breadth of his interests united literature, science, technology and politics. His range as a writer and humanitarian remains a model for English PEN’s activities today. We very much look forward to AC Grayling’s lecture which will go to the heart of Wells’s preoccupations and his legacy

We are proud to host the PEN HG Wells lecture again this year, and believe that AC Grayling is the perfect choice to examine the intellectual legacy of this extraordinary, visionary, complex and sometimes controversial man.