From ‘The Time Machine’ to ‘The Time Traveler’s Wife’ 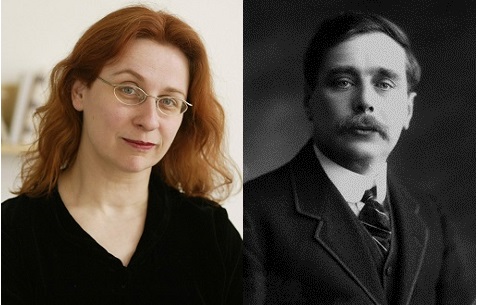 Bestselling writer and artist Audrey Niffenegger will deliver the inaugural PEN/HG Wells lecture on 15 August at Loncon3, the 72nd World Science Fiction Convention on Friday 15 August, 6pm. The lecture will be the first in a series of annual lectures held in honour of former PEN President, author, visionary and human rights campaigner, HG Wells.

HG Wells foresaw the creation of the worldwide web, most particularly in a series of talks and essays which he first published in 1936 under the title ‘The World Brain’. The PEN/HG Wells lecture will showcase visionary writing and new thinking that embodies the spirit of the pioneering writing and activism of HG Wells.

100 tickets at £9 will be available to the public to attend the lecture. More information

HG Wells was a British novelist and historian and PEN’s president 1933-35. He led a campaign against the burning of books by the Nazis in Germany and was responsible for the expulsion of German PEN who had come to support the nationalistic agenda. He was also one of the most pre-eminent writers of science fiction whose works of fiction included The War of the Worlds, The Time Machine, The Invisible Man and non-fiction treatise The World Brain in which Wells envisions a new, free, synthetic, authoritative, permanent ‘World Encyclopaedia’ that could help citizens make the best use of universal information resources and make the best contribution to world peace.

Audrey Niffenegger is a creative writer and visual artist who has achieved enormous success in both areas. Her début novel, The Time Traveler’s Wife, has sold more than seven million copies worldwide and has been translated into forty languages. A Richard & Judy book club choice in the UK, it has been a global bestseller. In the Daily Telegraph’s readers’ poll of the ‘Top 50 Books of All Time’ it appeared at no. 11. Niffenegger is also the author of two ‘novels-in-pictures’, The Three Incestuous Sisters (2005) and The Adventuress (2006), both published by Cape. Her graphic novel The Night Bookmobile was serialized in the Guardian and published on the Cape Graphic list. A Chicago native, Niffenegger received her MFA in Printmaking and Drawing from Northwestern University. Her art has been widely exhibited in the United States and is in the permanent collections of the Library of Congress and Harvard University’s Houghton Library.