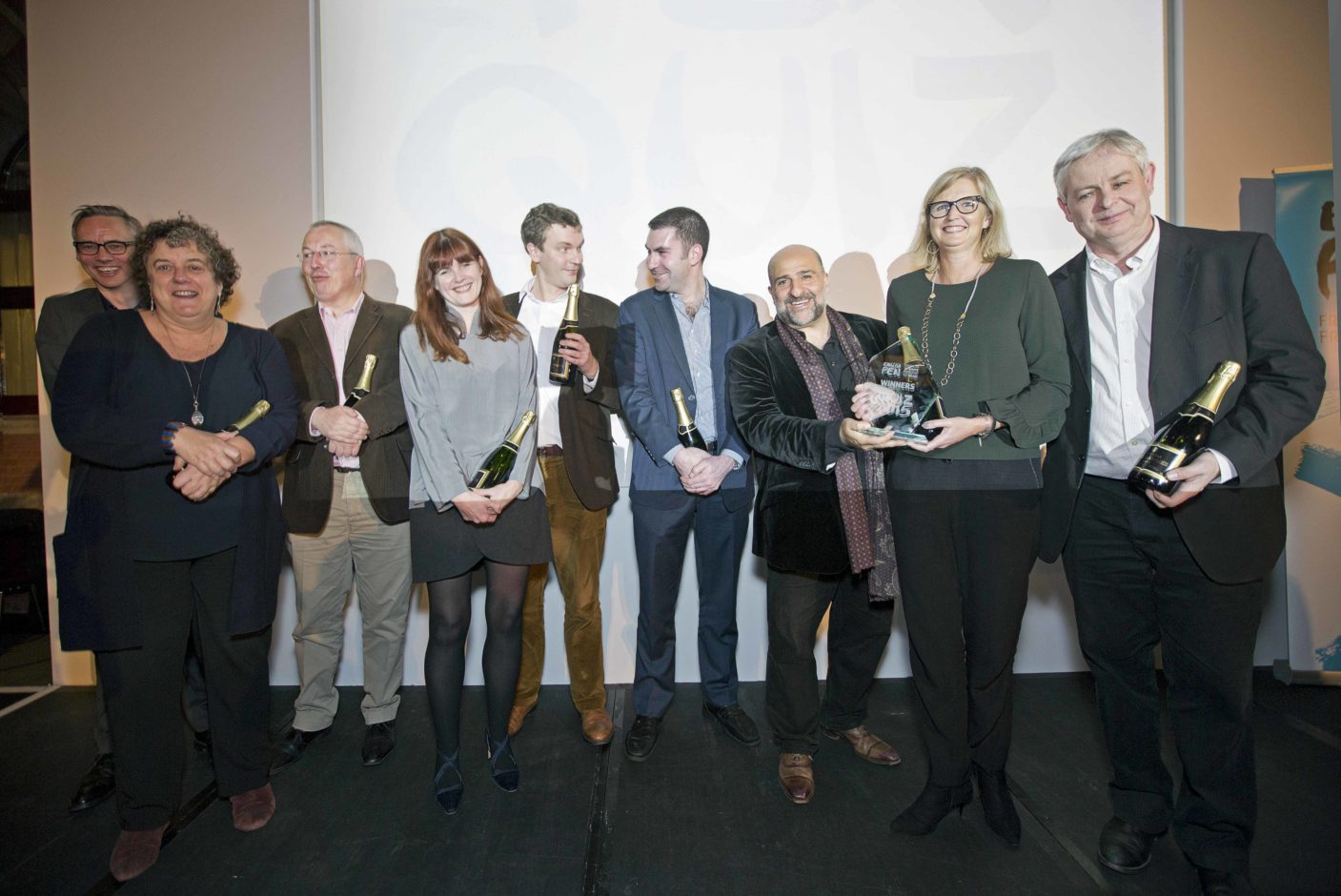 The winners narrowly beat the team from The Times into second place after a tense final round. The Independent/Evening Standard team came third.

Penguin’s victory is the first for a publishing house since Simon & Schuster in 2010. The Daily Telegraph won back-to-back victories in 2013 and 2014.

The evening was expertly hosted by actor and comedian Omid Djalili. Writer A L Kennedy acted as raffle master. The quiz questions were set by Simon O’Hagan.