Radical Publishing: the Power of Words 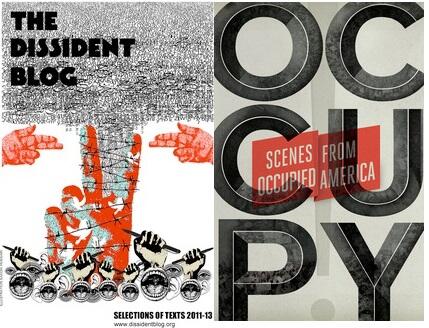 Join English PEN at the Oxford Brookes Outburst Festival for an evening of poetry, performance and debate with readings and a discussion on the ways that publishing and human rights campaigns can come together.

With discussion and readings from writers and publishers including:

Ola Larsmo, b. 1957, Swedish novelist and critic. He has published ten novels and books of essays and short stories, including two books on the subject of internet and democracy. His latest novel is Förrädare (‘Traitors‘, 2012) which deals with espionage in Sweden during WWII. He has worked as editor of Bonniers Literary magazine and is today freelance critic in the daily Dagens Nyheter as well as chairman of Swedish PEN. Together with Elnaz Baghlanian he edits PEN’s web magazine The Dissident Blog.

Leo Hollis is the senior editor at Verso Books, a radical publisher since 1970 with a commitment to international literature and ideas. He has worked a various other publishers such as Penguin and 4th Estate and is also the author of three books, most recently: Cities Are Good For You: the Genius of the Metropolis (Bloomsbury, 2013).

Dan Holloway is a novelist, performance poet, journalist and publisher. He is the organiser of the alternative cultural and political event Not the Oxford Literary Festival and has run a number of literary events to raise awareness of mental health issues.

Nikita Lalwani is the author of two novels: The Village and Gifted which was longlisted for the Man Booker prize in 2007, shortlisted for the Costa Prize and Sunday Times Young Writer of the year, and won the Desmond Elliot Award in 2008. Gifted has been published in 16 different languages and was adapted as a BBC Radio 4 Drama which won a Mental Health Media Award in 2009. She has written for the Guardian and New Statesman, and contributed an essay to the non-fiction anthology AIDS SUTRA exploring the human stories around the HIV epidemic in India.

Kiran Millwood Hargrave is a Creative Writing MA student, Barbican Young Poet and President of the Oxford University Poetry Society. She is the author of a pamphlet and three poetry collections, the most recent of which, Splitfish (Gatehouse Press), was launched in October 2013 at the Poetry Society. Her work has appeared in numerous magazines, including The New Writer, Orbis, Other Poetry, The Cadaverine, Magma and Agenda, and she was selected as the 2013 winner of the Yeovil Literary Prize for Poetry.