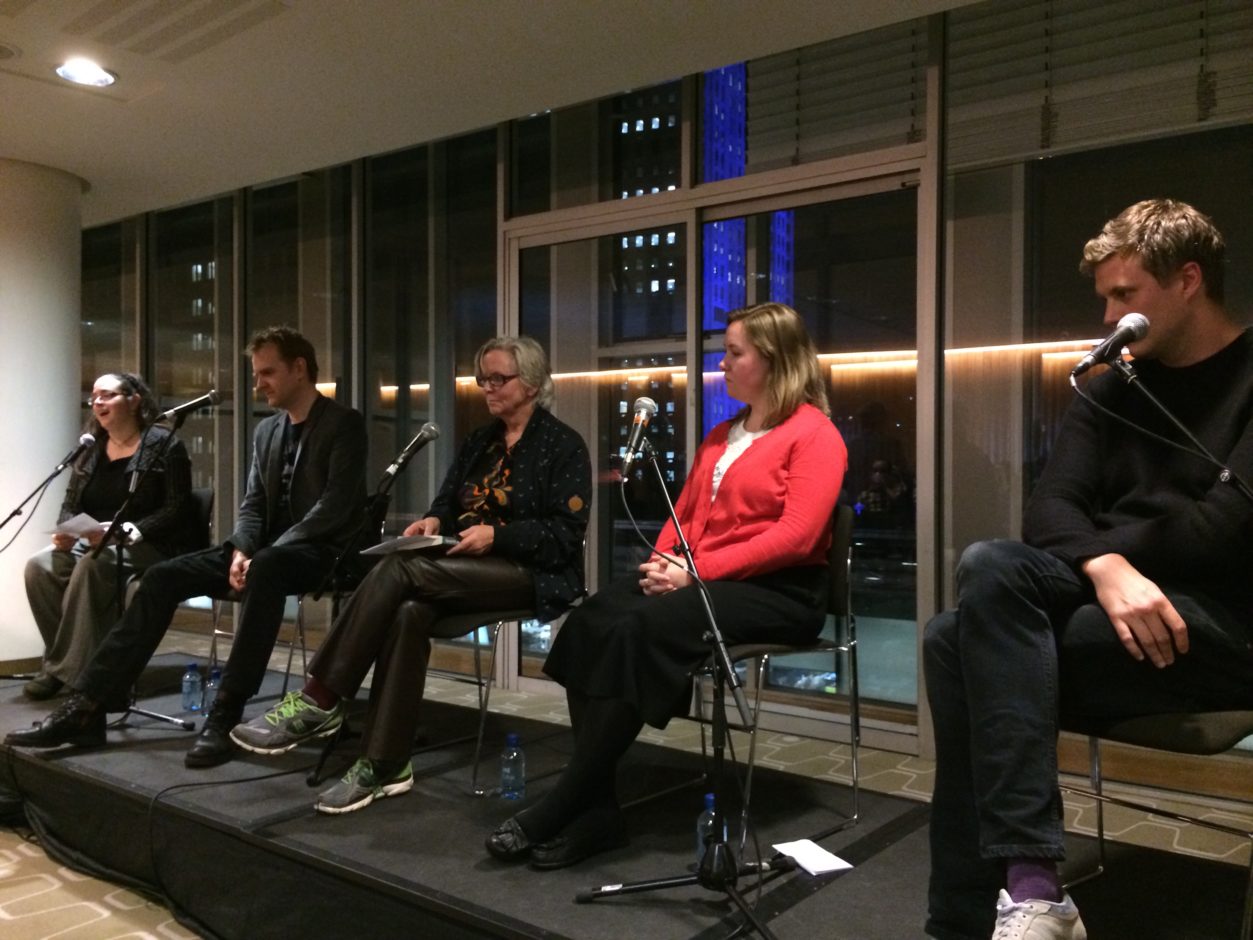 On 6 October 2014, English PEN hosted leading science fiction writers Nick Harkaway, Gwyneth Jones and James Smythe alongside top SF editor Anne Perry at Southbank Centre for ‘Science Fiction: Home of the Literary Activist?’. Continuing the conversation about the political and social aspects of reading and writing science fiction, the panel, chaired by Sophie Mayer, debated: what is it about the Sci-Fi genre that connects with activism and radical thinking?

Listen to extracts from the discussion on the English PEN SoundCloud page: