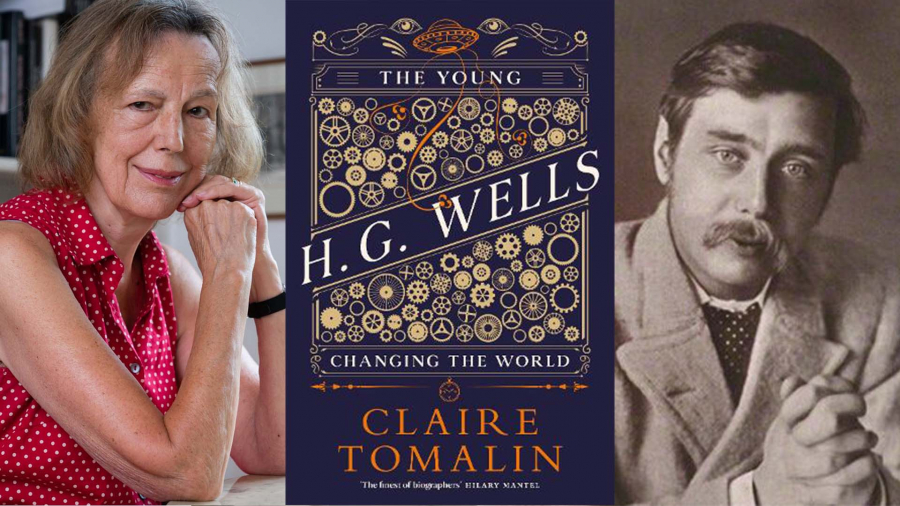 Join us, in partnership with The London Library, on a fascinating journey into the life of HG Wells, with one of Britain’s best biographers, Claire Tomalin, in conversation with Daniel Hahn.

From HG Wells’ impoverished childhood to his determination to educate himself at any cost, serious ill health, complicated marriages and his commitment to socialist ideals, the first 40 years of his extraordinary life would set him on a path to become one of the world’s most influential writers. The sudden success of The Time Machine and The War of The Worlds catapulted him to international fame; he became the writer who most inspired Orwell and countless others, even predicting the moon landing with The First Men in the Moon, 70 years before it happened.

HG Wells was a member of the Library for 50 years and instrumental in the beginnings of English PEN. In her remarkable, empathetic biography, Claire Tomalin paints a fascinating portrait of a man like no other, driven by curiosity and desiring reform, a socialist and a futurist whose new and imaginative worlds continue to inspire today.

Claire Tomalin was literary editor of the New Statesman, then the Sunday Times before leaving to become a full-time writer. Her first book, The Life and Death of Mary Wollstonecraft, won the Whitbread First Book Award, and she has since written a number of highly acclaimed and bestselling biographies. They include Jane Austen: A Life; The Invisible Woman, a definitive account of Dickens’ relationship with the actress Ellen Ternan, which won three major literary awards; Samuel Pepys: The Unequalled Self, winner of the Whitbread Book of the Year 2002; and the highly acclaimed Charles Dickens: A Life.

Daniel Hahn is a writer, editor and translator. He has over 40 books to his name, including the Oxford Companion to Children’s Literature and a translation of José Eduardo Agualusa’s A Theory of Oblivion, which was shortlisted for the Man Booker International Prize 2016. He was formerly a board member of English PEN and, in 2020, he was awarded an OBE for services to literature.

This event will take place in person at The London Library with limited capacity and in alignment with up-to-date government COVID recommendations. Please see The London Library’s Event Access and COVID Guidelines before you arrive. Doors (and the bar) open at 7pm for a 7.30pm start. The event will be live-streamed through YouTube from 7.30pm and will be available to watch live or at any time after.

The London Library (in person & online)