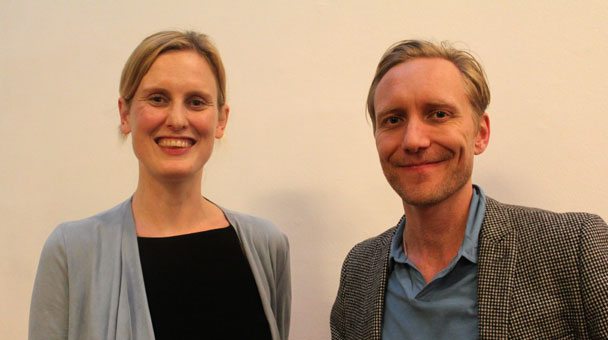 English PEN has announced Amy Liptrot as the winner of the PEN Ackerley Prize 2017 for her memoir The Outrun (Canongate). The book chronicles the author’s battle with addiction and her return to her home on Orkney.

Two other books were shortlisted for the prize: All at Sea by Decca Aitkenhead (4th Estate) and This Is the Place to Be by Lara Pawson (CB Editions).

In this exhilarating and rigorously unsentimental memoir, Amy Liptrot describes returning to her native Orkney after her life catastrophically unravels in London. Liptrot writes with wonderful clarity and invention about the experiences of being an alcoholic and about her immersive encounters with the weather, landscape, seascape and wildlife of the remote northern archipelago in which she starts to put her life back together.

Although over the years a number of distinguished women writers have won the PEN Ackerley Prize, this is the first time that the judges have produced an all-women shortlist. This is of course something to celebrate, but was entirely unplanned: it just happened that Decca Aitkenhead, Amy Liptrot and Lara Pawson wrote three outstanding and compelling books that are beautifully written, have a welcome geographical reach (taking us to the West Indies, the Orkneys and Africa), and are characterised by the kind of unflinching self-revelation that was such a feature of J R Ackerley’s own books. Choosing a shortlist was a great deal easier than deciding on a winner, but after considerable debate we have awarded this year’s PEN Ackerley Prize to Amy Liptrot for The Outrun.

You can listen to the discussion via the player below, or on SoundCloud.