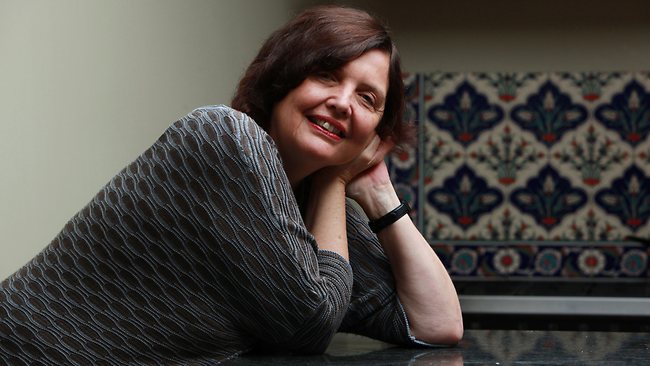 Maureen Freely is an author, journalist, translator and academic, who has written seven novels, as well as non-fiction. She is professor in the Department of English and Comparative Literary Studies at the University of Warwick and the director of its writing programme. Her novel Sailing through Byzantium was named as one of the best novels of 2014 in both the TLS and the Sunday Times, and she has translated five books by the Turkish Nobel Laureate Orhan Pamuk. She is also  a fellow of the Royal Society of Literature and  chair of the Translators Association.

Maureen has worked closely with English PEN over the past 15 years, with a particular focus on freedom of expression in Turkey: she has taken part in fact-finding missions and attended many trials, as well as speaking out for writers at risk. Most recently, she took part in an English PEN panel discussion at the Arcola Theatre in London last month, discussing the impact of the Gezi protests on free speech.

Maureen Freely said: ‘English PEN has been amazingly effective in recent years.  It has worked with like-minded organisations to reform libel law, bring clarity to the debate on press reform, and champion the rights and needs of writers in the digital age.  In addition to engaging with schools and care homes, refugee centres and prisons, it has found new and innovative ways to support translation and world literature.  And as a founding member of the Free Word Centre, it has helped to create a genuinely free space for others sharing its aims.  Its emphasis on “starting at home” has enhanced its credibility when working with centres in other parts of the world.  For it does not just campaign for writers.  It is interested in their ideas, their friendship, and their work.  It is a great honour to have been elected President of English PEN, and I shall do my best to support its fine work.’

English PEN’s Board of Trustees congratulated Maureen Freely on her appointment:  ‘As a longstanding, committed PEN member, Maureen brings a wealth of knowledge and experience to the role, and we very much look forward to working with her.’

Raficq Abdulla leaves the post of Acting President with the heartfelt thanks and admiration of everyone at the charity. Raficq has guided the organisation through a period of transition with considerable skill, wisdom and energy, and has been a great source of support for PEN’s staff during his time in office. He has done sterling work as a Trustee of many years, and has made a contribution to many different areas of PEN’s operations, through his role on the Management Committee, his passionate involvement with PEN’s Writers in Translation Committee, and most recently as Acting President.

Raficq has been a fantastic colleague, friend and Acting President – the staff and Board of Trustees of English PEN would like to extend their gratitude and best wishes to him.