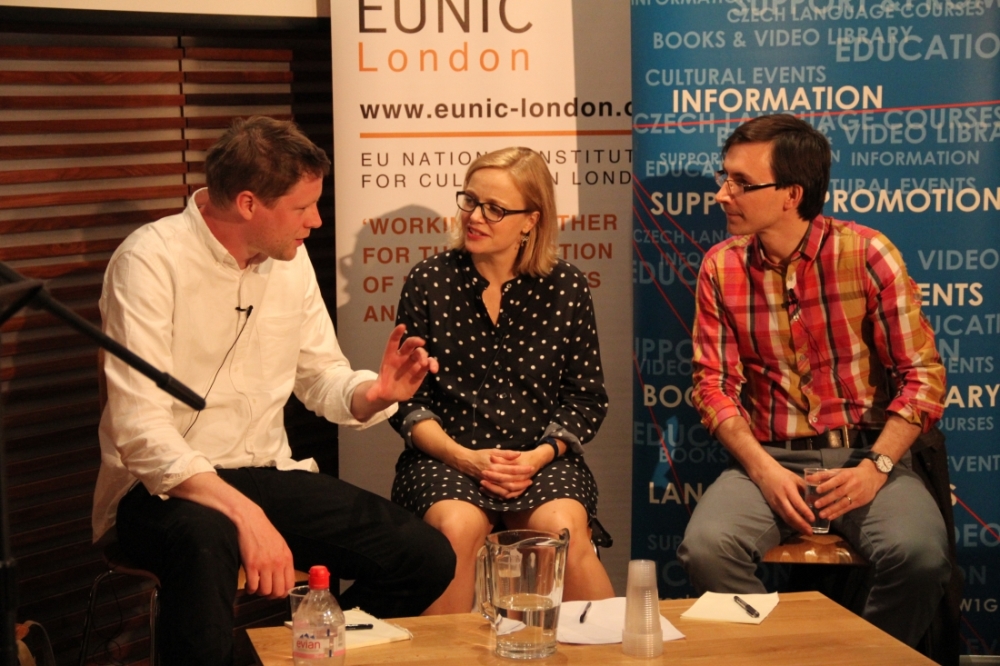 On 4 June 2015, eight literary translators from across Europe came together for European Literature Night VII: The Translation Pitch, a translation showdown like no other. The challenge? To pitch a book as yet unpublished in English to a panel of publishing professionals: Max Porter (senior editor, Granta Books), Kerry Glencorse (literary agent, Susanna Lea Associates) and Stefan Tobler (publisher, And Other Stories). The prize? A PEN Samples grant, worth £250.

Hosted by Chris Gribble, director of Writers’ Centre Norwich, the translators took the audience and jury on a literary journey across Europe. Snapshots of life and literature on the continent included a Dutch filmmaker in provincial Spain post-economic downturn, a yuppie’s attempts at off-the-grid living in Belgium, a pair of murderous Danish school boys revealing their inner psyches and a failing writer narrating his own decline in post-Communist Bulgaria.

Here, listen to audio from the event.

Read a Q&A with Angela Rodel, whose enthusiastic pitch for Vladimir Zarev’s Ruin earned her the top spot.

PEN Samples is an initiative which supports professional development for translators and the translation of under-represented languages into English. Translators are offered small grants to produce sample translations and reports on books in other languages that have not yet been acquired by an English-language publisher.