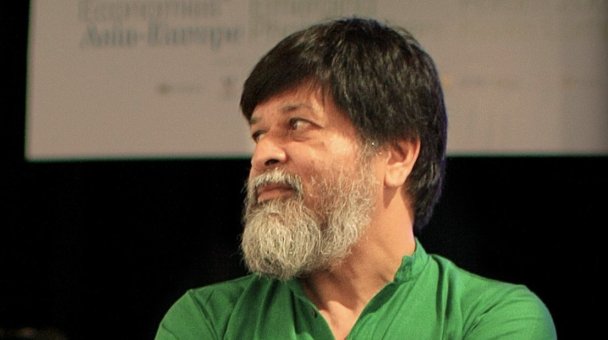 On 5 August 2018, plainclothes police from the Detective Branch forcibly took Alam from his home, shortly after he gave an interview to Al Jazeera in which he was critical of the government’s handling of student-led protests on road safety.

On 6 August, Alam was brought before a lower court in Dhaka and accused of ‘making provocative comments’, and ‘giving false information’ to media, contrary to section 57 of the Information and Communication Technology Act of 2006, as amended (ICT Act). He remains in custody pending a bail hearing scheduled for 11 September.

If convicted, 63-year old Alam faces up to 14 years in prison. Friends and family who have visited him in prison have raised concerns for his deteriorating health. We believe that Alam is being held solely for the peaceful exercise of his right to freedom of expression and call on the Bangladeshi authorities to release him immediately and unconditionally.

Please copy your appeals to the Ambassador for Bangladesh in your country, asking for their comments. A list of diplomatic missions can be found here.

Shahidul Alam, aged 63, is the founder and managing director of the Drik Picture Library and the creator of the Patshala South Asian Media Academy, a photography school in Dhaka, Bangladesh, that has trained hundreds of photographers. Alam is also the founder of the Chobi Mela photo festival. Over the course of his career, he has published such books as The Birth Pangs of a Nation and My Journey as a Witness, among others. Through his photography and writing, Alam has captured major events in Bangladesh, including political upheaval, natural disasters, and human rights abuses. In 2014, he was awarded the Shilpakala Padak for his significant contribution to Bangladeshi culture in the field of photography. In June 2018, he was announced as the 2018 winner of the Lucie Award in acknowledgement of his exceptional contribution to photography and society.

Alam was arrested at his home in Dhanmondi by plainclothes police officers in the evening of 5 August 2018 shortly after giving an interview with Al Jazeera about road safety protests taking place in Dhaka. At the time of his arrest, police officers reportedly taped over CCTV cameras and confiscated any footage of his arrest in an apparent attempt to prevent evidence of their conduct being recorded.

On 6 August 2018, Alam was brought before a lower court in Dhaka and accused of “making provocative comments”, and “giving false information” to media, contrary to section 57 of the Information and Communication Technology Act of 2006, as amended (ICT Act). He  was remanded in custody for seven days pending completion of the investigation. Of particular concern to Alam’s supporters is that the First Information Report – which provides the legal basis for the case and his detention – filed by police officials reportedly ascribes statements to Alam that he has not made.

On 12 August, Alam appeared before the Dhaka Chief Metropolitan Magistrate’s Court –without his lawyer present – where his detention was extended until a bail hearing scheduled for 11 September. Legal petitions to advance the hearing have been denied. If convicted, Alam faces up to 14 years in prison.

The charges against Alam follow a crackdown on student protests calling for safer roads after two students were killed and others injured by a speeding bus on 29 July. Journalists and photographers covering the protests have been attacked by armed groups, according to the Committee to Protect Journalists (CPJ).

Section 57 of the ICT Act is incompatible with international human rights standards, including Bangladesh’s international obligations under Article 19 of the International Covenant on Civil and Political Rights (ICCPR), due to its broad powers to restrict online expression. It has been widely applied against journalists and ordinary citizens who have been arrested, prosecuted and jailed solely for their expression.

On his way to the court, Alam shouted that he had been beaten while in custody. According to his lawyer, Alam stated before the Court that he had been subjected to torture, but the Court refused to record his statement or arrange for immediate medical treatment, as required by Bangladesh law.  Following a legal petition, Alam was transferred to hospital for medical tests. Although his physical health was examined, the physicians reportedly did not take into account the toll taken on his mental health. On 22 August, after visiting Alam in Dhaka Central Jail in Keraniganj, his wife reported that his health has significantly deteriorated. Alam reportedly complained of pain in his jaw and gums, chest congestion and vision difficulties.