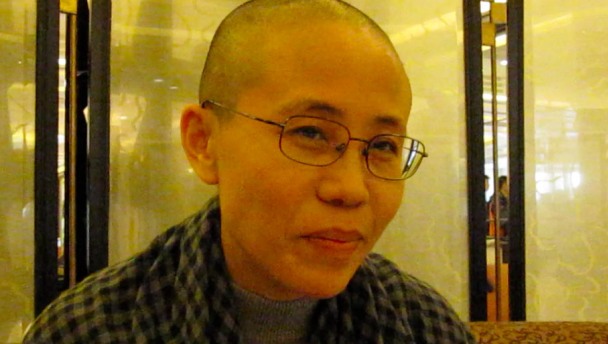 The PEN International community rejoices at the news of the release of its member and friend, the poet and artist Liu Xia. Liu Xia – who had been held under unofficial house arrest since October 2010 – was allowed to board a plane bound for Germany on 10 July 2018.  Her release comes days before the one-year anniversary of her husband’s death, the writer and human rights activist, Liu Xiaobo.  It follows dedicated campaigning and support from human rights groups and PEN Centres around the world.

Liu Xia has been denied that right: she was separated from Xiaobo whom she loved when he was taken away from her. Under house arrest without any cause, she was constantly under surveillance and kept away from her friends, family and colleagues against her will, and she was prevented from being able to express herself.

For this, the blame rests squarely on China and its leadership which had neither a legal basis to detain her nor a moral compass to do right. The Chinese Government cannot return her beloved husband Xiaobo to her, nor can it return to her the years she lost. China’s leaders will forever live with that ignominy. We rejoice in her liberty and welcome her freedom, and express our grief over her suffering.

Liu Xia was placed under unofficial house arrest – without charge or legal due process – following the October 2010 announcement that her husband, world-renowned writer and human rights activist, Liu Xiaobo, would be awarded the Nobel Peace Prize. Her home was guarded by security officers and she was prevented from communicating freely with the outside world.

Following the death of her husband in July 2017 and expressions of concern for her well-being by the international community, Xia appeared in a video in which she asked to be left alone to mourn – it is thought that she may have done this at the behest of the authorities. While some of the restrictions of her house arrest were relaxed following her husband’s death, she was still prevented from leaving the country, leading her to tell a friend:

Now, I’ve got nothing to be afraid of. If I can’t leave, I’ll die in my home. Xiaobo is gone, and there’s nothing in the world for me now. It’s easier to die than live. Using death to defy could not be any simpler for me.

Liu Xia’s release from house arrest and ability to leave the country, follows a sustained campaign by human rights groups, including PEN’s Centres across the globe. According to media reports, the Chinese Foreign Ministry told reporters at a regular news briefing on Tuesday that Liu Xia had been granted permission to travel for Germany for medical reasons.

For years and years, we had been hoping to be able to receive Liu Xiaobo and Liu Xia to Germany one day. When Liu Xiaobo was awarded German PEN’s the Hermann Kesten-Preis in 2010 – before the Nobel Peace Prize – just as in Oslo, there was but an empty Chair where he should have been.

While we mourn and commemorate Liu Xiaobo’s death a year ago, today we rejoice with colleagues and friends all over the world. A warm welcome to Germany to our honorary member, Liu Xia. And heartfelt thanks to the German Government in this case.

One year after Liu Xiaobo’s death, we could finally embrace Liu Xia in the free world. A summer night’s dream comes true. Thanks to the big PEN family and all colleagues for your effort to free her.

However, she cautioned that:

This should not be understood as a humane gesture of the Chinese government, it is only a political deal. There are still dozens of writers and journalists in the Chinese prison. We will continue our struggle to help them.

Meanwhile, back in China, fellow Independent Chinese PEN (ICPC) member and prominent dissident Qin Yongmin has been sentenced to 13 years in prison for ‘subversion of state power’. He is one of seven ICPC members currently detained in China.