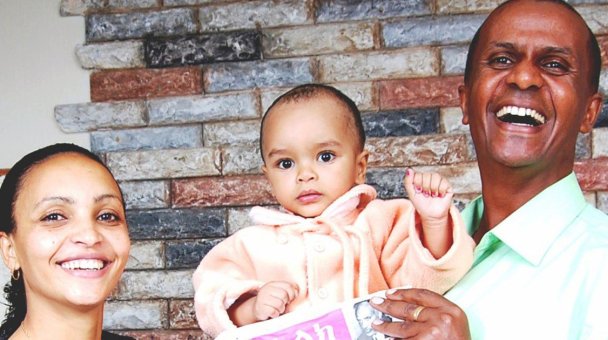 PEN welcomes the news that Ethiopian journalists Eskinder Nega and Woubshet Taye have been released from prison. PEN also celebrates the earlier release of blogger Zelalem Workagegnehu on 29 January.

Prominent blogger and journalist Eskinder Nega,who won PEN America’s 2012 PEN/Barbara Goldsmith Freedom to Write Award and was recently awarded the 2018 Oxfam Novib/PEN International Freedom of Expression Award, has spent more than six years in jail serving an 18-year prison sentence on terrorism-related charges. On 8 February 2018 state media announced that he would be pardoned alongside 746 prisoners; the next day Nega was asked by a prison official to sign a form stating that he was a member of Ginbot 7, labeled as a terrorist organisation by the government. Nega refused to sign the form, stating he is not a member of the group. He was finally released without condition on 14 February.

We are delighted that Eskinder Nega, Woubshet Taye and Zelalem Workagegnehu have been released, after so many years in prison. But the fact that they were imprisoned in the first place was an indefensible violation of their basic and fundamental rights. We urge Ethiopia’s authorities to release all others imprisoned simply for the exercise of their right to freedom of expression and we hope that this signals the beginning of an environment in which writers and journalists can carry out their work freely.

Woubshet Taye, deputy editor of the now-defunct Awramba Times, was arrested in 2011 and sentenced to 14 years in jail under Ethiopia’s Anti-Terrorism Proclamation (ATP). He was released from prison on 14 February.

Zelalem Workagegnehu was earlier released on parole on 29 January after serving the majority of his sentence. Workagegnehu, who contributed to the independent diaspora-based blog, De Birhan, as well as other news sites, was sentenced on 10 May 2016 to five years and two months imprisonment under the ATP. Speaking to PEN after his release, Workagegnehu said: “If one can silence a human being, they will have the power to stop nature.”

Since 2009, the state has used the ATP to arbitrarily arrest, prosecute and detain independent journalists and opposition activists. PEN considers the ATP to be draconian, and has long campaigned for the legislation to be repealed or amended so that it complies with Ethiopia’s obligations under international law regarding freedom of opinion, expression and association. Reports indicate that the ATP is in the process of being reviewed.

The presidential pardons come in the context of an announcement by the Prime Minister on 3 January that the ruling coalition would release some prisoners, including members of political parties and other individuals, and shut down the notorious Maekalawi Federal Detention Centre, in order to foster national consensus and widen the democratic space. Since then, reports indicate that hundreds of detainees have been released, including prominent opposition leaders.

The announcement comes months after the end of a ten-month state of emergency in August 2017, implemented on the back of popular protests for reform. During the state of emergency, the government censored and regularly blocked internet access for its citizens. Thousands of people were arrested and detained, including several journalists and bloggers. Although the state of emergency is no longer in place, access to the internet was reported to be restricted in some regions of the country in December 2017.

While the pardoning of prisoners of conscience and the release of detained journalists are positive developments, the authorities should also take further steps to ensure an open climate for freedom of expression. This includes repealing or amending the ATP, removing restrictions on internet access in order for Ethiopians to seek, receive and impart information, and allowing journalists to do their jobs without interference.