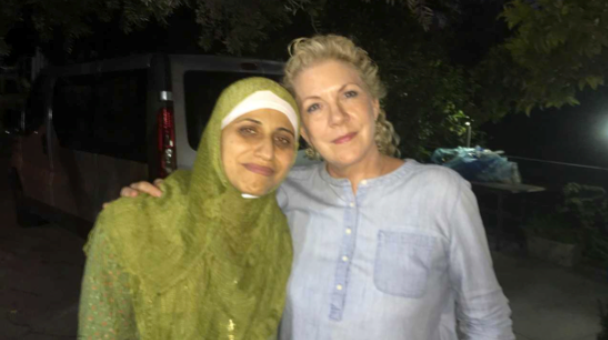 English PEN joins PEN International in strongly condemning the five-month prison sentence (with six months suspended) handed down to Dareen Tatour today, 31 July, by the Nazareth District Court. As Tatour has already served three months in jail, she is reportedly due to serve only the remaining two months, starting from 8 August 2018. PEN considers that Tatour has been targeted for peacefully exercising her right to free expression through poetry and activism and continues to call for her immediate and unconditional release.

Dareen Tatour, a Palestinian poet and citizen of Israel, was convicted by the Nazareth Court on 3 May 2018 on charges of incitement to violence and support for terror organisations. She has spent almost three years in jail or under house arrest since October 2015. Tatour’s conviction is mainly related to a video in which she recites one of her poems entitled: ‘Qawim ya sha’abi, qawimhum (Resist, my people, resist them).’

Today PEN International stands with Dareen Tatour, as we have for the past torturous years of jail time, trials and house arrest, and defends freedom of expression and asks for her freedom. We stand with Tatour’s own words: poetry is not a crime.

Share details of Dareen Tatour’s case with friends and colleagues and on social media.
#FreeDareen

Please send messages of support directly to Dareen in Damoun Prison. If possible, please consider sharing a photo of your message on social media with the hashtags #PENgreetings and #FreeDareen to encourage others to get involved.