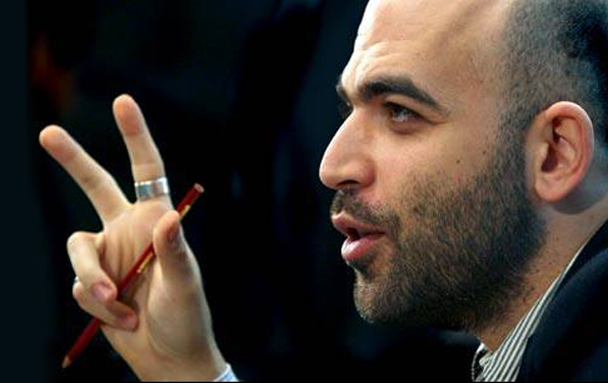 On 20 March 2019, Roberto Saviano announced that he had been summoned to stand trial on charges of defaming Italy’s Deputy Prime Minister and Interior Minister Matteo Salvini, over a speech that described him as ‘Ministro della Mala Vita’ – minister of the underworld – a phrase borrowed from early 20th-century anti-fascist Gaetano Salvemini. In his speech, Roberto Saviano accused Matteo Salvini of ignoring the mafia stranglehold on Italy’s south in favour of stirring up resentment against immigrants.

Roberto Saviano is being sued under Article 595 of the Italian Penal Code. A date for his trial hearing has yet to be set.

Too often governments use criminal defamation laws to silence those who dare to speak out against them, depriving the public of their right to be informed. Roberto Saviano has repeatedly risked his safety and his life to expose the truth about Italy’s criminal networks. Instead of doing everything in their power to protect Saviano, the Italian authorities have threatened to remove his police escort and are now suing him.

Today he faces up to three years behind bars. This egregious assault on the rights and freedoms of Roberto Saviano is an assault on all of us. Italy should end the use of criminal law in regard to defamation and treat is as a matter for civil litigation.

I stand with you Roberto Saviano, as President of English PEN, as a lawyer, as a human being – totally committed to your freedom of expression and the rule of law.

PEN calls on the Italian authorities – and on the governments of all countries that retain criminal defamation or insult laws – to amend those laws and allow issues of reputation to be addressed solely as a civil law matter in which the government has no role.

Roberto Saviano has spoken about how important support from fellow writers and the international community is to him. We will be gathering messages of solidarity to share with him, and on our website. Please send yours via [email protected]

Roberto Saviano is the author of Gomorrah, an international best seller that has sold over 10 million copies worldwide. He wrote several screenplays and theatre scripts and regularly contributes to newspapers and magazines such as La Repubblica, l’Espresso, The New York Times, The New York Review of Books, Newsweek, El Diario, Die Zeit, The Guardian and Le Monde. He is the Winner of the 2011 PEN/Pinter International Writer of Courage Award and of the 2019 Oxfam Novib/PEN International award for freedom of expression.

Defamation is defined in Article 595 of the Italian Penal Code as damage to the reputation of a person through communication with several persons and carries up to three years in prison. Defamation is also considered a criminal offence under Article 13 of the Press Law, which punishes defamation committed by the press by imprisonment from one to six years.

In October 2013, the Chamber of Deputies, the Lower Chamber of the Italian Parliament, approved a bill that would have removed the possibility of imprisonment for defamation offenses. Progress on the bill has since stalled. In 2016, the Justice Committee of Italy’s Senate approved a bill that would have seen journalists facing up to nine years in jail if convicted of defaming public officials. The bill was shelved following a national and international outcry.  In May 2017, the UN Human Rights Committee called on the Italian authorities to ‘consider the complete decriminalization of defamation and libel’ and amend Article 13 of the Press Law and Article 595 of the Penal Code.