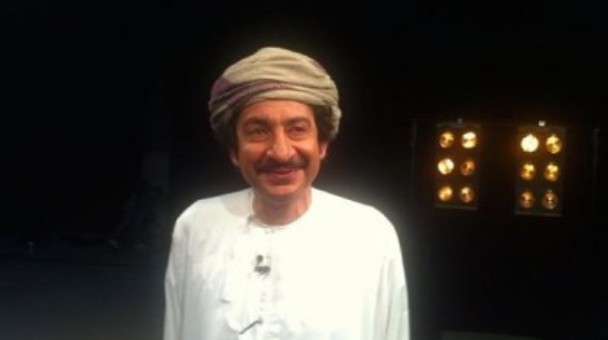 PEN is deeply concerned by the arbitrary detention of Omani poet and intellectual Abdullah Habib. His recent arrest immediately followed the decision of the Muscat Appeals Court, on 2 April 2018, which upheld a three-year sentence against him with six months to be served in prison. Habib was taken directly to the accommodation centre at Samail Central Prison where he remains detained with around 40 other inmates, mainly undocumented migrants and others charged with committing crimes related to drug trafficking. Since his arrest, and despite his frail mental and physical health, Habib has only had intermittent access medication and is not allowed to keep it with him.

Habib has been convicted of contempt for religion, spreading hatred, blasphemy, and ‘using the Internet to publish materials that prejudice the public order or religious values’. PEN believes that Habib has been targeted for his peaceful activism and is calling for his immediate and unconditional release. Join us.

Write to the Omani authorities

It is recommended that you send a copy of your appeals via the diplomatic representative for Oman in your country. Contact details for embassies can be found here

** Please keep us informed of any action you take in regard to Abdullah Habib’s case, including any responses you receive from the authorities via the comments box below or by emailing [email protected] **

Abdullah Habib is a prolific writer, film-maker and intellectual who has written extensively on film. He holds a PhD/ABD (2005) in Critical Film Studies from the University of California, Los Angeles (UCLA), where he has taught courses in “Third World Cinema”, and “Cinema and Social Change”. A member of the founding committee of cinema in the Gulf Cooperation Council (GCC), he has also directed several short films, including “The Statue” and “This is Not a Pipe”, for which he received the Abu Dhabi Cultural Association Award in 1992. Habib has also published twelve books of poetry and short story collections. In 2013, Habib was honoured by the General Secretariat of the Gulf Cooperation Council for his excellence in cultural production.

Habib has been previously subjected to multiple arrests. He was firstly arrested on 15 April 2016 and released without charge on 4 May 2016. This arrest followed a Facebook post in which Habib urged the Omani government to reveal the burial sites of ‘Group 72’ and ‘Group 74’, groups of rebels who were executed by the government during the Dhofar rebellion in the 1960s and 1970s. On 11 July 2016, Habib was arrested again after he published comments and posts on his Facebook page during the month of Ramadan, relating to fasting and prayers in the Islamic faith. He was released on 28 July 2016, pending his trial.

On 8 November 2016, Habib was sentenced to three years in prison and a fine of 2,000 OMR (c. US$2,600), convicted on charges including contempt for religion, spreading hatred, blasphemy, and “using the Internet to publish material that prejudice the public order or religious values”. (For more information, see Article 19 of the Royal Decree No 12/2011 Issuing the Cyber Crime Law). His appeal hearing was regularly postponed throughout 2017, and finally held on 2 April 2018 when the Muscat Appeals Court upheld his sentence. PEN International has been campaigning for Habib’s release and for the charges against him to be dropped.

The situation for freedom of expression and opinion in Oman continues to deteriorate. Many writers and activists have been arrested or forced to flee the country. According to a recent report, the internet activist Hassan al-Basham passed away on 28 April 2018 while serving a three-year sentence in Samail Central Prison after a sudden deterioration in his health. Al-Basham had been charged with “the use of the Internet in what might be prejudicial to religious values, and “insulting the Sultan”. PEN continues to call on the Omani authorities to protect the rights of all persons to freely express their views, whether as citizens, journalists, or writers, in line with international human rights standards.