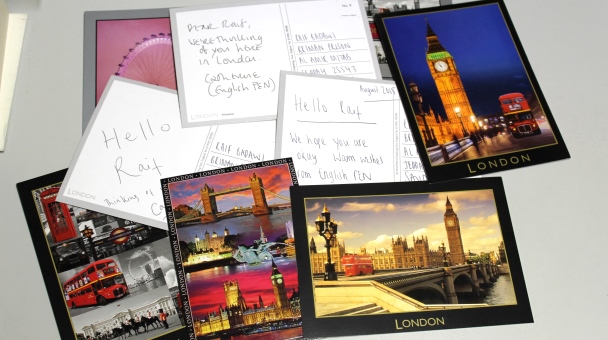 Saudi blogger Raif Badawi is serving a sentence of 10 years in prison and 1000 lashes. On his blog, the Saudi Free Liberals Forum, Badawi championed secularism, free speech and questioned the place of religion in politics. On 23 March, English PEN and Little, Brown will hold a special vigil for Raif Badawi outside the Saudi Embassy in London. Here, an extract of Raif Badawi: The Voice of Freedom (Little, Brown), a new memoir by Raif’s wife, Ensaf Haidar.

Tomorrow, English PEN and Little, Brown are joining forces to hold a special vigil to mark the release of Haidar’s memoir and to amplify the call for Badawi’s immediate release. Jimmy Wales, a long-standing supporter of Badawi, will also be in attendance.

Read extracts from Raif Badawi’s blog at the Guardian: ‘A look at the writings of Saudi blogger Raif Badawi’