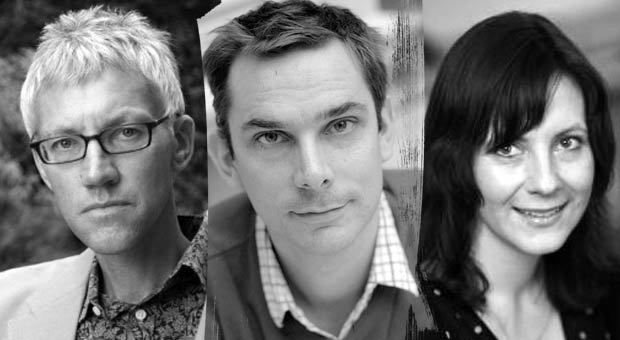 English PEN is delighted to announce that the judges for the 2015 PEN Hessell-Tiltman Prize are Tom Holland, David Horspool and Ruth Scurr.

Tom Holland (chair) is the author of four books on ancient and early medieval history: Rubicon, Persian Fire, Millennium and In the Shadow of the Sword. He has translated Herodotus for Penguin Classics. He has written and presented a number of TV documentaries, on subjects ranging from the origins of Islam to dinosaurs. He is the presenter of Radio 4’s Making History.

David Horspool is History Editor of the Times Literary Supplement, and author of The English Rebel: Why Alfred Burned the Cakes (reissued as Alfred the Great) and, with Anthony Arnove and Colin Firth, The People Speak. He is writing a book about Richard III, to be published in 2015, and a short book for the Penguin monarchs series on Oliver Cromwell.

Ruth Scurr is a historian, biographer and literary critic.  She teaches history and politics at Cambridge University, where she is a Lecturer and Fellow of Gonville & Caius College.  Her first book, Fatal Purity: Robespierre and the French Revolution won the Franco-British Society Literary Prize in 2006 and was listed among the 100 Best Books of the Decade in The Times in 2009. She reviews regularly for the Times Literary Supplement, The Telegraph and the Wall Street Journal.  She was a Man Booker Judge in 2007, a Samuel Johnson Prize Judge in 2014 and is a member of the Folio Prize Academy.  Her second book, a biography of the antiquary John Aubrey, John Aubrey: My Own Life, will be published by Chatto & Windus in 2015.

Visit the Hessell-Tiltman Prize page on our website to read more about the prize and view past winners.