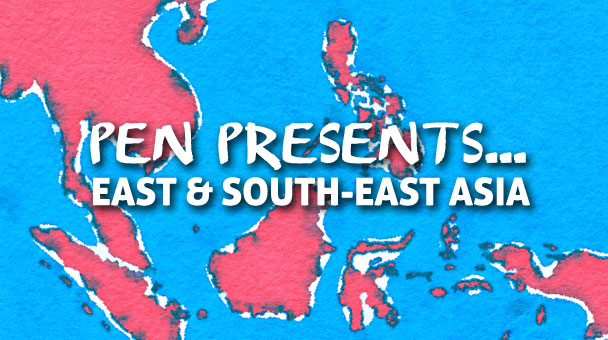 PEN Presents aims to help publishers to discover – and publish – the most exciting books from around the world, whilst supporting emerging translators in their development as advocates for international literature. Each year the initiative presents six exciting books by contemporary authors, recommended by literary translators, which have not yet been acquired for English-language publication. Each round of PEN Presents focusses on a different region of the world.

After a successful first round focussing on European writers, English PEN is delighted to be collaborating with the Asia Literary Review (ALR) for its second round, celebrating literature from East and South-east Asia. The ALR is a leading literary magazine published three to four times a year, focussed on exceptional writing from and about Asia. Over the past 12 years, the ALR has featured writings from both well-established and emerging talent.

Submissions are now open for PEN Presents… East and South-east Asia. This opportunity is open to literary translators who have an author from East or South-east Asia whose work they are proposing to translate into English and develop for publication. The top six books will be presented in a dedicated catalogue at the 2017 London Book Fair and featured in an issue of the ALR; the six translator-champions will each win a prize of £250 and have the chance to pitch their book to UK publishers interested in acquiring Asian writing at a special event in June 2017. The deadline for submissions has been extended to Thursday 12 January 2017.

Further information and how to apply