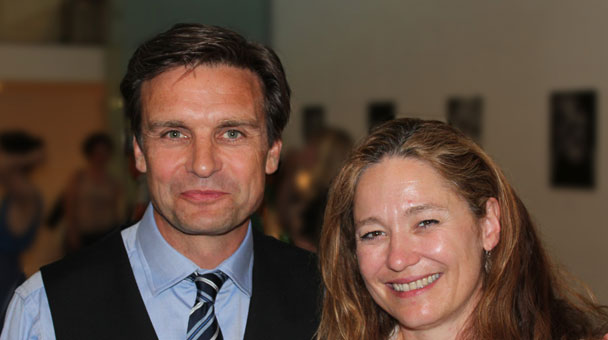 English PEN has announced Richard Beard as the winner of the PEN Ackerley Prize 2018 for his memoir The Day That Went Missing (Harvill Secker).

Two other books were shortlisted for the prize: I Am, I Am, I Am by Maggie O’Farrell (Tinder Press) and Swimming with Seals by Victoria Whitworth (Head of Zeus).

The title of Richard Beard’s beautifully written memoir refers to the day in August 1978 when his nine-year-old brother accidentally drowned during a family holiday. The family’s way of dealing with this catastrophe was to suppress all mention and memory of it. Determined to discover the truth, Beard turns detective, sifting evidence and comparing conflicting accounts in order to piece together the long-buried events of that dreadful day and its lingering aftermath. Compulsively readable, fearless, and in places surprisingly funny, the book is an extraordinary act of reclamation and reconciliation.

Memoir is somewhere between history and fiction. On the shortlist we had a champion historian and a champion fiction writer, and I was very lucky to fall in between the two of them.

Listen to the PEN Ackerley Prize 2018

Prior to the winner announcement, the three shortlisted authors read from and discussed their books with Peter Parker. You can listen to their discussion on SoundCloud or via the player below.