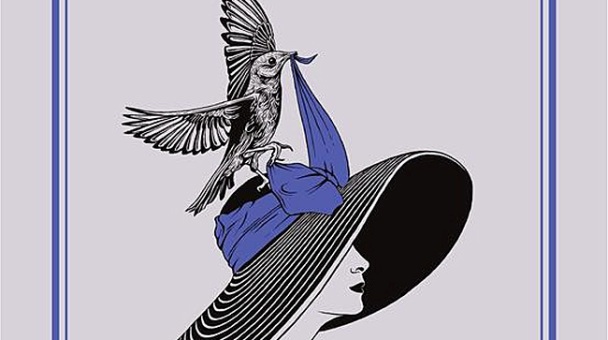 Our latest book was Subtly Worded, short stories by Russian writer Teffi. Published in 2015 by Pushkin Press, this has been the first opportunity for British readers to try an author often ranked alongside Anton Chekhov. The complexities of translating a writer who employed such a variety of styles required a team of translators – Anne Marie Jackson, Robert Chandler, Elizabeth Chandler, Clare Kitson, Irina Steinberg and Natalia Wise – and the group felt certain that much of the wordplay for which she is reputedly famed must inevitably have been lost.

But there was still lots to discuss about a selection of her work that we felt had been thoughtfully chosen to represent the full breadth of her writing and the changes in perspective once she left Russia in 1919. These are the points we’re discussing on Facebook.

#1: Not surprisingly for a collection that covers 40 years of writing, it charts considerable variation in Teffi’s writing. The satire of her early stories gives way to a more melancholic tone in her émigré years; her social observation takes on a more political aspect. Was she developing as a writer and finding her voice, or was she simply adapting to the circumstances in which she wrote?

#2: The longest story in the book is autobiographical: ‘Rasputin’ is an account of her meetings with one of the most contentious figures in Russian history. There was some debate about how authentic we should consider her intimate portrait of someone usually only glimpsed from afar, as Teffi seemed uniquely immune to his demagoguery (was this an a priori embellishment?). Did her depiction reveal Rasputin as a libidinous charlatan or did she simply add to the myth?

#3: Positive comparisons were made, depending on which section of the book was under discussion, with Chekhov, Colette and Katherine Mansfield, but there seemed to be two stand-out candidates for the story that best summed up Teffi’s appeal. The title story, with its contrasts between what is said and what is meant, was perhaps a metaphor for the whole collection. The later, longer story, ‘The Dog (A Story from a Stranger)’, was particularly appreciated for its combination of the personal – the narrator’s uncomfortable relationships with Tolya and Harry – and the political, as the backdrop to their lives shifted. Are there others that sum up Teffi’s achievements?