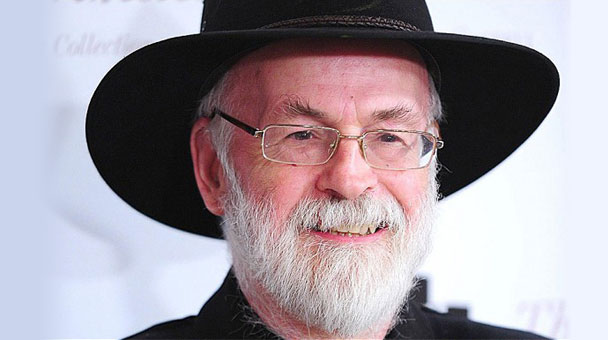 English PEN is incredibly sad to learn of the death of Sir Terry Pratchett, and we offer our condolences to his family and friends.

On April 8th 2014 The International Authors Forum declared an ‘International Sir Terry Pratchett Day’ to mark his phenomenal publishing success.  At the English PEN Literary Salon at the London Book Fair, Steve Baxter, vice president of the H.G. Wells society and award winning writer, spoke to David Bradley (editor-in-chief of SFX and Comic Heroes) about collaborating with Terry Pratchett on the Long Earth series, and his favourite characters.