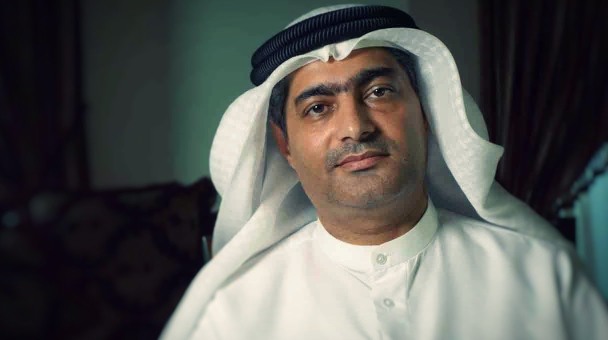 Join the #FreeAhmed protest at the UAE Embassy in London from 6.30pm on 24 April to show your support and call for his release.

Please join us and take action to help save the life of imprisoned human rights defender and blogger Ahmed Mansoor, who has been on hunger strike for a month in the United Arab Emirates (UAE). He started the hunger strike to protest poor prison conditions and his unfair trial which led to a ten-year prison sentence for his human rights activities.

Mansoor is being kept in an isolation ward in Al-Sadr prison in Abu Dhabi, where he is being held in ‘terrible conditions’ in a cell with no bed, no water and no access to a shower. His health has deteriorated significantly, and he is in bad shape, moving slowly when he is allowed out of his cell. He is not allowed to have regular family visits, another reason he started his hunger strike in mid-March.

Two years ago, on 20 March 2017, Mansoor was arrested in the middle of the night at his home where he lives with his wife and four young sons. Mansoor, the 2015 Martin Ennals Laureate, and a member of the advisory boards of the Gulf Centre for Human Rights and Human Rights Watch, was the last human rights defender openly working in the UAE.

Mansoor was convicted on 29 May 2018 of “insulting the ‘status and prestige of the UAE and its symbols’ including its leaders” and of “seeking to damage the relationship of the UAE with its neighbours by publishing false reports and information on social media.” He was sentenced by the State Security Chamber of the Federal Appeal Court to ten years’ imprisonment, followed by three years of surveillance and a fine of 1,000,000 Emirati Dirhams (around USD $270,000).

This sentence was upheld on 31 December 2018 by the State Security Chamber of the Federal Supreme Court. Mansoor’s trial was widely viewed as grossly unfair and lacked the minimum international standards of fair trial and due process. The European Parliament, United Nations Special Rapporteurs, and human rights organisations have all called for his immediate and unconditional release.

We are concerned about the health and well-being of Ahmed Mansoor, and other detained human rights defenders, who have experienced poor treatment and torture in prison, contrary to both the UN Standard Minimum Rules for the Treatment of Prisoners (the Mandela Rules), and to the UAE’s own international human rights obligations. We call on the UAE to immediately and unconditionally release Ahmed Mansoor, and other unlawfully detained human rights defenders.

Visit a Facebook page set up by Ahmed Mansoor’s friends and post messages and photos of support, and tweet to Ahmed Mansoor’s account at @Ahmed_Mansoor using the hashtag #FreeAhmed and copy in relevant authorities and governments listed below, including the Vice-President and Prime Minister @HHShkMohd.

Call on the UAE authorities to:

Letters can be sent via web: https://uaecabinet.ae/en/contact-the-prime-minister(upload a pdf of the letter where it asks for ID)

Embassies in the UAE:

US Mission to UAE @USAinUAE