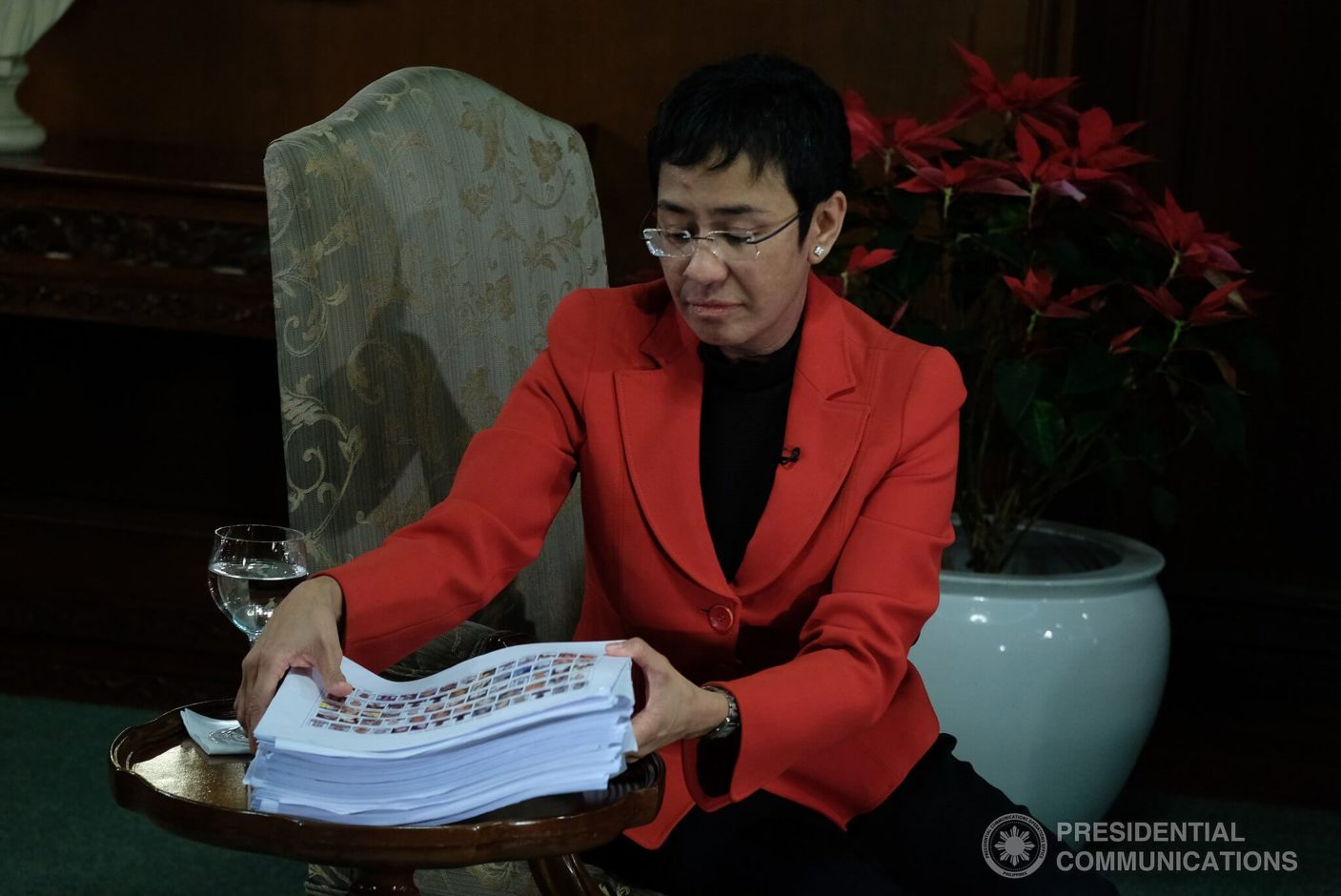 ** UPDATE (9 July 2020): English PEN is proud to be among the 60 founding members of the #HoldTheLine campaign in support of Maria Ressa and independent media in the Philippines. Find out more and add your support here **

Maria Ressa, a former CNN bureau chief and one of four journalists named Time’s Person of the Year in 2018, has today been given a sentence of up to six years in prison by a Filipino court, under a cyber libel law that didn’t even exist when the article in question was published.

Her journalism has been about fighting for the right to criticise power, and to hold her government to account.

Ressa is one of four journalists named Time’s Person of the Year in 2018. The court found Ressa and her co-defendent Wilfredo Keng guilty of cyber libel by the Manila Regional Trial Court.

Ms Ressa was sentenced to a minimum of 6 months and a maximum of 6 years imprisonment and granted bail pending appeal. A fine of approximately $8,000 (P400,000) was also imposed.

Index on Censorship and English PEN condemn this decision which is part of a campaign to silence dissenting voices in the Philippines.

This campaign is a frightening indictment of the pressures on journalists to stop reporting. We call on those who care about media freedom globally to stand up and take notice. This is not just about one journalist in one place, this has significance for journalism everywhere as part of a trend where we see reporters put under enormous pressures to stop covering stories.

Today is a terrible day for those who care about freedom of expression and a free press, in the Philippines and across the world. This judgement aims to intimidate journalists and writers working across the Philippines. English PEN stands with Maria Ressa, and calls for the government of the Philippines to drop these spurious charges immediately.

Through the past few years Index and English PEN has worked to bring attention to escalating restrictions on media freedom in the Philippines. Ressa and her team have written for Index on Censorship magazine, and Ressa was a judge at the annual Index on Censorship awards.

Seven further cases remain pending against Ms Ressa. The cases against Ms Ressa, which allege illegal foreign media ownership of her news site and alleged tax offences, are equally spurious, and an act of retaliation by the current administration against her reporting.

Reporting by the Rappler website, which Ressa co-founded as CEO, has exposed corruption and abuses, including the execution of thousands of Filipinos in the name of a war on drugs.

On behalf of her legal team, Amal Clooney said of today’s verdict:

Today a court in the Philippines became complicit in a sinister action to silence a journalist for exposing corruption and abuse. This conviction is an affront to the rule of law, a stark warning to the press, and a blow to democracy in the Philippines. I hope that the appeals court will set the record straight in this case.

The National Union of Journalists of the Philippines has characterised the cases against Ms Ressa as an act of ‘persecution by a ‘bully government’.

English PEN and Index on Censorship calls for the government of the Philippines  to drop their cases against Maria Ressa and her co-defendants. We stand with them, along with all writers standing for a free media in the Philippines.

This statement is signed and supported by other organisations including: