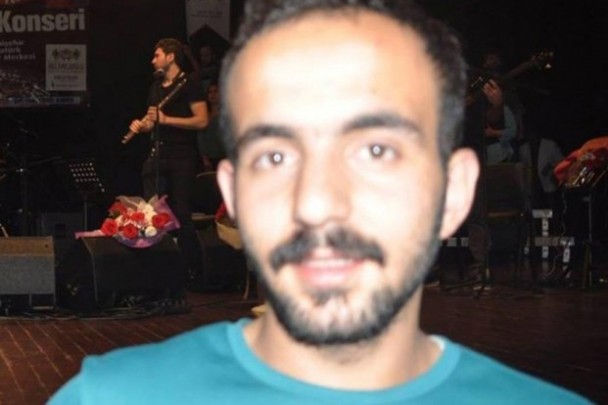 Correspondent Cemil Uğur was initially detained on 23 August 2016, along with fellow Evrensel Daily reporter Halil İbrahim Polat as the pair were reporting on ‘Freedom Watch’, an event held in solidarity with imprisoned writers outside a prison in Mersin. The two journalists were released on bail after 16 days in detention. Their lawyer reported to PEN International that, whilst in detention, both journalists suffered ill-treatment and were subjected to insults and death threats.

On 6 October 2016 whilst attending a police station to request permission to leave the province, as required under an imposed travel ban, Uğur was informed that a warrant for his arrest was pending and he was immediately taken into custody. According to his attorney, the arrest was made after a prosecutor filed an objection to his release on bail.

PEN calls for Cemil Uğur’s immediate and unconditional release whom we consider is being held solely for peacefully exercising his right to freedom of expression.

While recognising the right of the Turkish authorities to bring those responsible for crimes committed during the attempted coup of 15 July 2016 to justice, PEN is also calling on the Turkish authorities to safeguard freedom of expression, human rights and respect their obligations under international law during the declared state of emergency and to release all journalists and writers held solely in connection with their peaceful exercise of their right to freedom of expression. According to PEN International’s records, as of 13 October 2016, at least 125 writers and journalists have been arrested, detained without charge or are awaiting trial in Turkey. The full list of names can be found here.

Please consider sending letters or postcards in a show of support and solidarity addressed to Cemil Uğur, who is being held in Mersin E Type Closed Prison:

Please copy your appeals to the Embassy of Turkey in your country. A list of embassies can be found here. Please send us copies of your letters or information about other activities and of any responses received.