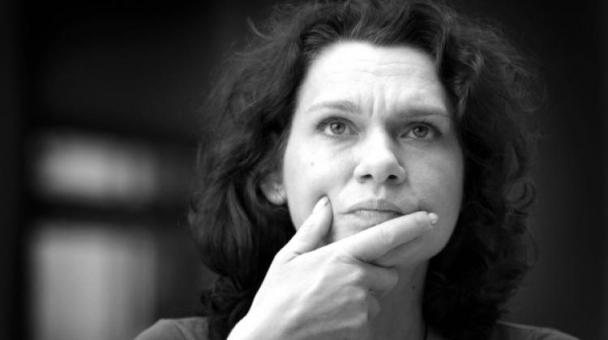 On 10 November, the Istanbul Chief Public Prosecutor’s Office sent an indictment to Istanbul high criminal court demanding aggravated life sentences for a total of nine suspects, including novelist Aslı Erdoğan and linguist Necmiye Alpay, on terror charges as part of an investigation into columnists and managers of closed daily Özgür Gündem.

‘Turkey’s ongoing assault against freedom of expression has reached a new low. These are wholly disproportionate sentences,’ said Jo Glanville, director of English PEN. ‘We call on the court to reject the indictment.’

‘This outrageous attack on two of Turkey’s most highly regarded writers, for peacefully exercising their right to free expression, demonstrates the rapid escalation of the suppression of human rights in Turkey and make a mockery of the justice system. It is an attack on writers everywhere who believe in fundamental rights’ said Salil Tripathi, Chair of PEN’s Writers in Prison Committee. ‘We call on the Prosecutor to immediately drop these absurd charges and sentences.’

The 32-page indictment separately demanded aggravated life sentences and prison terms ranging from six-and-a-half years to 17.5 years for the suspects.

Erdoğan and Alpay have been in detention since August for allegedly engaging in propaganda for the outlawed Kurdistan Workers’ Party (PKK). They stand accused of being a member of an armed terror organisation, disrupting the unity of the state and conducting terror propaganda along with the daily’s grant holder Kemal Sancılı, managing editor İnan Kızılkaya, Zana (Bilir) Kaya, former Co-Editor-in-Chief Eren Keskin, Filiz Koçali, Ragıp Zarakolu and Bilge Akut.

According to the indictment, Özgür Gündem’s editorial policy aimed at changing the republic’s characteristics and its political, judicial, social and economic order, disrupting the unity of the nation, jeopardisng the republic’s entity and seizing the authority of the state. It also said the daily had made terror propaganda by publishing a number of PKK/KCK figures’ opinions and the organization’s statements and that it tried to legitimize attacks by the PKK.

Istanbul high criminal court has 15 days to approve or reject the indictment.

PEN International and English PEN are campaigning for the release of Aslı Erdoğan. Take action here.

Erdoğan, who suffers from asthma, chronic obstructive pulmonary disease and diabetes, was sent to a jail in Istanbul on preliminary charges of “membership of a terrorist organisation” and “undermining national unity.” She has been in pre-trial detention since her arrest, and no date has currently been set for her trial.
Erdoğan’s arrest comes amid heightened concerns for rights and freedoms following the failed coup attempt in July.

The Turkish authorities have shut down more than 100 media outlets, censored at least 30 news websites, and stripped more than 600 members of the press of their credentials; 29 publishing houses have been ordered closed and there have been reports of wide-spread ill-treatment in custody. Over 70,000 people have detained, placed under investigation, suspended or fired, including teachers, civil servants, academics and others.
Earlier this month, Turkish President Recep Tayyip Erdoğan declared that he would extend the country’s state of emergency by 90 days, holding on to his almost unlimited discretionary powers to rule by decree. The extension came into effect on 19 October and will last for an additional 90 days, and could be renewed.
While recognizing the right of the Turkish authorities to bring those responsible for crimes during the attempted coup to justice, PEN International calls on the Turkish authorities to safeguard freedom of expression, human rights and respect their obligations under international law during the declared state of emergency and to release all journalists and writers held solely in connection with their peaceful exercise of their right to freedom of expression, as appears to be the case with Aslı Erdoğan.