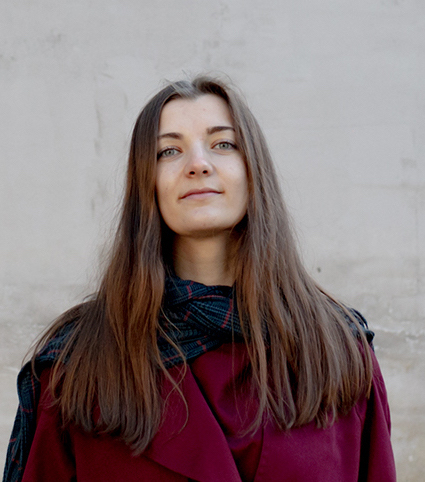 Upcoming event: Claire Tomalin on the life and work of HG Wells at The London Library with English PEN

We are pleased to announce that writer Hanna Komar has been awarded a complimentary London Library membership as part of the ongoing partnership between The London Library and English PEN. Launched in October 2021, the partnership includes a scheme to support writers who are at risk or in exile, providing five writers with full access to The London Library’s collection of around a million books, and to its extensive online resources. Awet Fissehaye was the first writer to become a member of The London Library under this scheme. A further extension of the partnership involves a joint programme of events, including the upcoming The Young HG Wells talk with Claire Tomalin.

Hanna Komar is an award-winning writer, translator, and activist from Belarus. She is currently based in the United Kingdom, where she has been studying for a MA in Creative Writing at the University of Westminster. She is an active member of English PEN’s sister centre, PEN Belarus, which was officially shut down by the Belarusian authorities in August 2021. Komar was appointed an Honorary Member of English PEN in November 2021.

Hanna Komar commented: ‘I think I could live in The London Library. Just imagine waking up and going through the rows and floors of books, studying them all day long, using their wisdom and knowledge for my own work.

I’ve already borrowed two books – one on the poetry of engagement and another on feminism – both contribute hugely to my research and writing. The London Library is not only a fantastic resource, but an inspiring and safe space. I can’t wait to explore the collections and writing community even more.’’

Daniel Gorman, Director of English PEN, commented: ‘We’re pleased to continue our partnership with The London Library with Hanna Komar’s new membership and a fascinating event with Claire Tomalin. With this partnership, we’re proud to extend our support for writers at risk by offering access to one of the greatest collections of books, and a chance to join a community of peers in London.’

Philip Marshall, Director of The London Library, commented: ‘I’m delighted that the Library can continue to support writers—particularly those at risk or in exile like Hanna —by providing a safe space to work, collaborate, and build a community through our partnership with English PEN. The London Library and English PEN have enjoyed a meaningful connection for many years. The first two presidents of English PEN – John Galsworthy and HG Wells – were Library Life Members, so it feels especially fitting that we can continue to develop our relationship in this way.’

As part of the ongoing partnership between The London Library and English PEN, editor and writer Claire Tomalin will discuss the life of HG Wells (The Young HG Wells, 24 March, 7.30pm online & in person). From HG Wells’ impoverished childhood to his determination to educate himself at any cost, serious ill health, complicated marriages, and his commitment to socialist ideals, the first 40 years of his extraordinary life would set him on a path to become one of the world’s most influential writers. The sudden success of The Time Machine and The War of The Worlds catapulted him to international fame; he became the writer who most inspired Orwell and countless others, even predicting the moon landing with The First Men in the Moon, 70 years before it happened. HG Wells was a member of the Library for 50 years and instrumental in the beginnings of English PEN.