Professor Rahile Dawut is an internationally acclaimed academic, anthropologist, and a leading expert on Uyghur folklore and cultural traditions.

In December 2017, Rahile Dawut was due to travel to Beijing for an academic conference, but never reached her destination. It was widely believed that she had been disappeared by the Chinese authorities.

Despite international condemnation of her disappearance and a campaign led by her daughter calling for her release, more than three years passed before her former co-workers were able to confirm that the Chinese authorities had sentenced and imprisoned her.

More than four years after she first disappeared, Rahile Dawut continues to be held incommunicado and her whereabouts remain unknown. 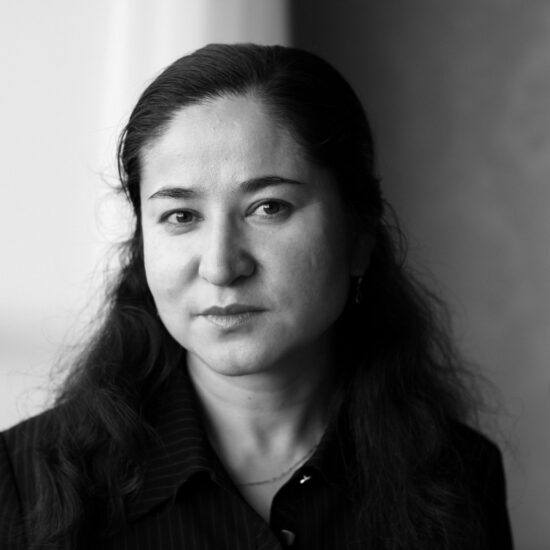 ‘The generosity, determination, and unyielding humanity you have demonstrated has been felt by many people’

Born in the Xinjiang Uyghur Autonomous Region, People’s Republic of China (PRC), Professor Rahile Dawut is a prominent anthropologist and leading expert on the study of Uyghur folklore and cultural traditions.

An associate professor at Xinjiang University and founder of the university’s Ethnic Minorities Folklore Research Center, Dawut is recognised internationally for her unique contribution to the study and cataloguing of Uyghur cultural heritage. Her work was also recognised and supported by the PRC government: in 2016, just a year before she was initially detained, Dawut received a research grant from the Ministry of Culture, reportedly the largest ever given to a Uyghur research project.

Rahile Dawut disappeared in late 2017, shortly after making plans to travel from Xinjiang to Beijing to participate in an academic conference.

In July 2021, investigative reporting by Radio Free Asia’s Uyghur Service finally confirmed that she had been imprisoned and sentenced by the Chinese authorities, according to sources within Xinjiang University. The authorities have yet to publicly disclose her whereabouts or details of the charges brought against her.

PEN considers Rahile Dawut’s imprisonment to be a clear breach of her right to freedom of expression and calls for her immediate and unconditional release.