Join our vigil for Raif Badawi 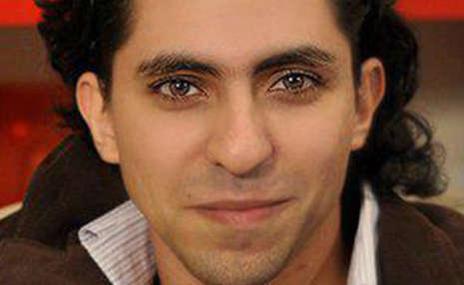 English PEN will hold a vigil outside the Embassy of the Kingdom of Saudi Arabia in London, in support of Raif Badawi on Friday 16 January at 9:00 AM GMT.

Badawi is an activist and blogger who was convicted in May 2014 for insulting Islam and founding a liberal website.  He received a fine of 1 million riyals (£175,000) and a ten-year prison sentence.  In addition, the court in Jeddah sentenced Badawi to 1,000 lashes.

Last Friday (9 January 2015), after morning prayers, Badawi was flogged 50 times.  This punishment will continue every Friday until he has received a total of 1,000 lashes.

English PEN, with Index on Censorship and other partners fighting for human rights, will hold weekly vigils at the Embassy at 9 AM every Friday until the floggings are halted.

Raif Badawi was exercising his peaceful right to freedom of expression.  There is no justification for any criminal charges, let alone a prison sentence or a public flogging.

We call on the government of Saudi Arabia to stop this extreme corporal punishment and release Raif Badawi from prison.

We call on the Prime Minister to fulfil his commitment to free speech in the wake of the Charlie Hebdo murders by taking effective action.

Activitsts are asked to meet at the Curzon Street entrance to the Embassy of the Kingdom of Saudi Arabia, Mayfair, London (note: the postal address of the Embassy is 30-32 Charles Street).