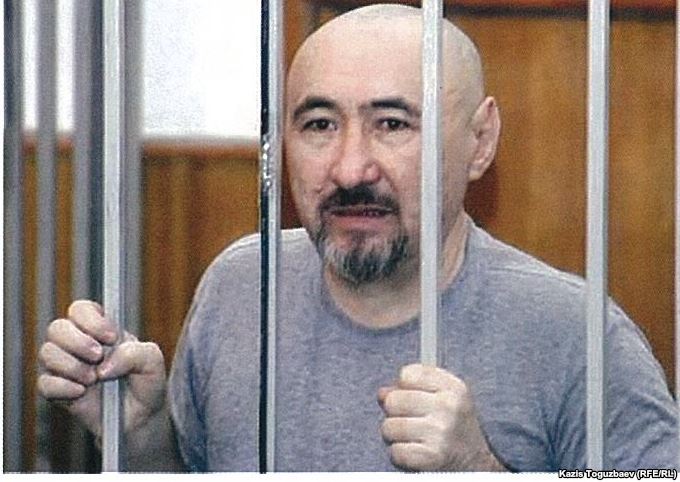 Aron Atabek is a poet, journalist and social activist. He has written several books of poetry and prose inspired by Tengriist spirituality and was the founder, in 1992, of the monthly newspaper Khak (The Truth). Atabek was awarded the literary ‘Almas Kylysh’ prize in 2004 and the Freedom to Create ‘imprisoned’ prize in 2010.

Atabek has been in prison since 2007 and has spent much of his incarceration in solitary confinement. In December 2012, following the online publication of The Heart of Eurasia, a critique of President Nursultan Nazarbayev’s regime (written in prison by Atabek and smuggled out for publication), the poet was sentenced to spend two years in solitary confinement at a high security prison in Arkalyk. Whilst in solitary detention, Atabek was kept in extremely harsh conditions: he was denied access to natural light, communication with other prisoners, writing materials and telephone calls,  family visits were severely restricted, and he was kept under constant video surveillance.

English PEN and fellow PEN centres around the world have campaigned vigorously to have Atabek released from solitary confinement and moved to a prison within reasonable visiting distance for his family. However, in early October 2013, Atabek’s family received an anonymous telephone call informing them that the poet was instead to be transferred from Arkalyk to Karazhal Prison in the Kargandy region (over 1,000km from his family). The authorities refused to confirm or deny this news and Atabek’s family knew nothing of the poet’s whereabouts until several weeks later when his location was confirmed by a local human rights organisation. Askar Aidarkhan (Atabek’s son) has told PEN that communications with his father are still very restricted.

Atabek’s solitary confinement and the harsh conditions in which he has been held qualify as a cruel and inhuman punishment that violates the prohibition on torture and other ill-treatment under international human rights standards and runs contrary to the recommendations made by the UN Special Rapporteur on Torture. By denying Atabek access to visits from his family and to regular correspondence with them, Kazakhstan is also violating the UN’s Standard Minimum Rules for the Treatment of Prisoners.