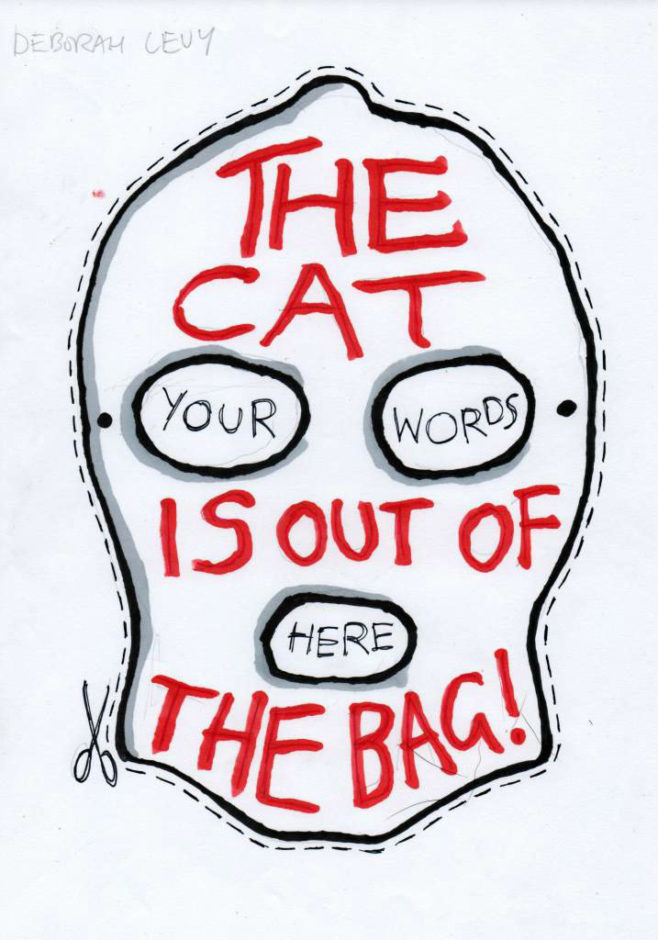 In the weeks leading up to their appeal hearing on 1 October, we are posting daily tributes to the band, in the form of some extraordinary poems and images. An ebook collection of the poems, ‘Catechism: Poems for Pussy Riot’, edited by Mark Burnhope, Sarah Crewe and Sophie Mayer, will be published on 1 October to coincide with the appeal hearing. Several contributors to the project will also be reading their work as part of a peaceful protest outside the Russian Embassy in London, 11- 1pm – one of many protests due to take place across the globe.

The next contribution comes from Deborah Levy.

Pussy Riot – let’s just tell it how it is:

You are female artists who sang a song that frightened angry men with
their backs to the wall.

We all know they stamped on you because they are living in the last
days of old power.

We all know that bullying young women is not the way to run the world.

The cat is out of the bag!

Pussy got the… : Amy Ekins