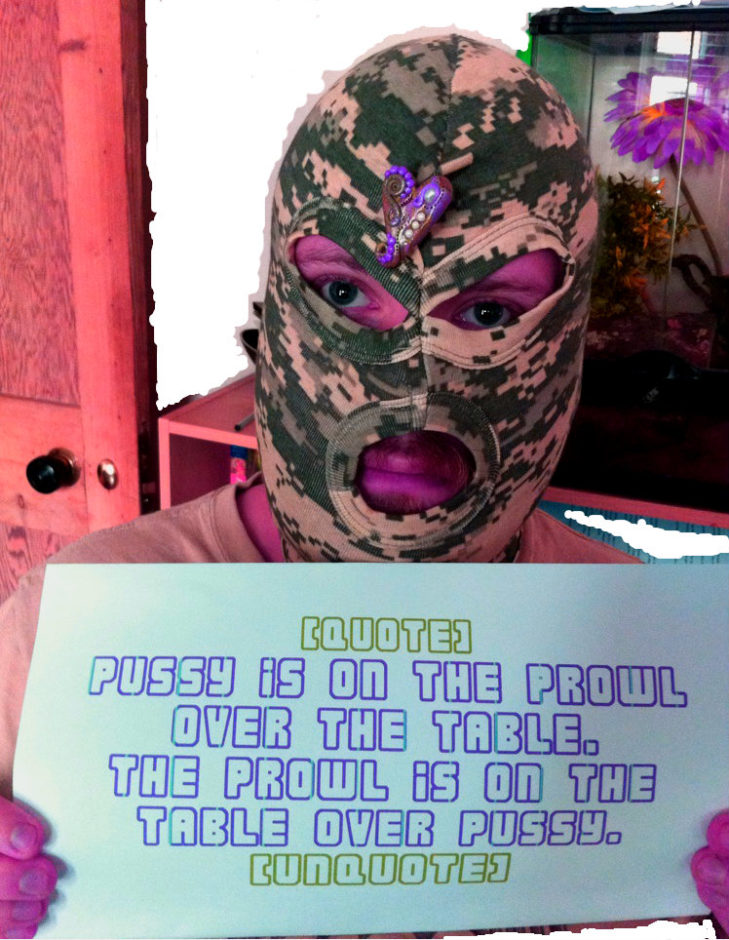 On 13 September, English PEN launched ‘Poems for Pussy Riot‘ in support of three members of the Russian punk band –  Nadezhda Tolokonnikova, Maria Alyokhina and Yekaterina Samutsevich – who are currently serving a  two year prison sentence. We will be posting poems dedicated to Nadezdha, Maria and Yekaterina in the weeks leading up to their appeal hearing on 1 October.

My reason for being involved in the project: because the Pussy Riot case is an example of what happens when governments use churches as tools to enslave rather than liberate. Because blasphemy is contextual, I don’t believe in blasphemy laws. And because poetry can make things happen.

Punk rings with pink and also clink.
We play clink so get secure punk.

Reception desks bevel under poems.
Pussy is on the prowl over the table.
The prowl is on the table over pussy.