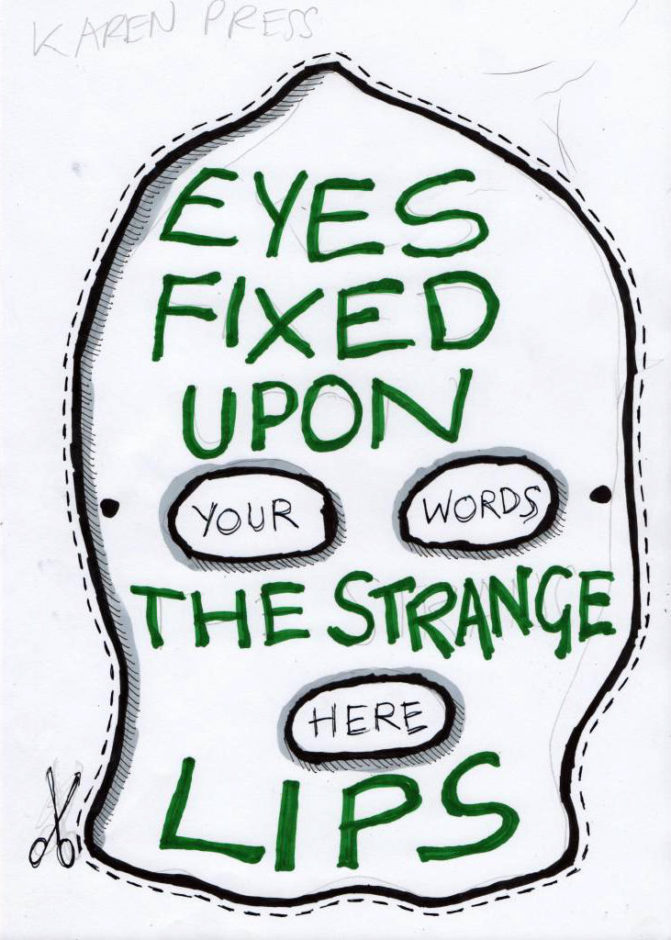 In the weeks leading up to their appeal hearing on 1 October, we are posting daily tributes to the band, in the form of some extraordinary poems and images. An ebook collection of the poems, ‘Catechism: Poems for Pussy Riot’, edited by Mark Burnhope, Sarah Crewe and Sophie Mayer, will be published on 1 October to coincide with the appeal hearing. Several contributors to the project will also be reading their work as part of a peaceful protest outside the Russian Embassy in London, 11- 1pm – one of many protests due to take place across the globe.

The next contribution comes from Canadian poet Karen Press.

Strangers ate my cunt,
asking a thousand questions as to its use,
the material of which it was made.

I screamed.
How eagerly, how intently their heads bent down,
eyes fixed upon the strange lips.

I had in my possession
a word.

A hideous image: one man, lewd hands,
his face covered with feathers, his serpentine form.

I told them it was a weapon,
a fierce death.

Passed from one to the other.
God—God—