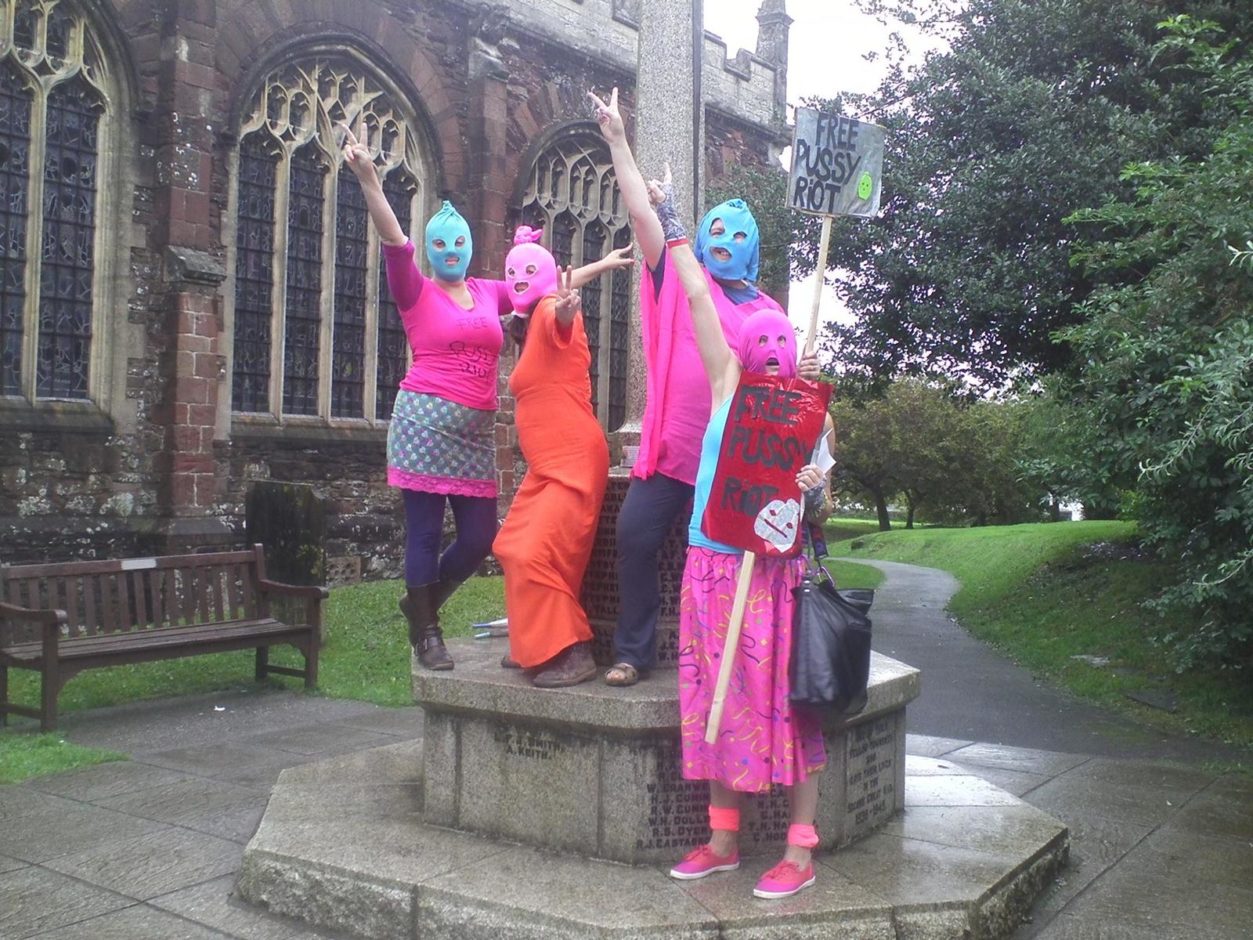 English PEN’s Writers at Risk Programme are delighted to be supporting ‘Poems for Pussy Riot’, an exciting new project, initiated by writer and editor Sophie Mayer. In this guest blog, Sophie explains the genesis of the project, and why everyone can and should get involved.

From every corner of the UK and Ireland. From Canada. From the USA. From South Africa. From Australia. From the PEN International World Congress in Gyeongju, Korea. From S.J. Fowler’s London Poets for Pussy Riot and Richard Barrett’s Manchester Poets for Pussy Riot and Liv Moss/Shatterjapan music event FREE PUSSY RIOT in Hoxton. From Twitter and Facebook and Skype and email and chance meetings, poems for Pussy Riot are arriving in my inbox. It’s a waystage on a dual journey: to the Russian prison where artists Maria Alyokhina, 24, Nadezhda Tolokonnikova, 22, and Yekaterina Samutsevich, 30, are being held — via the inboxes of several generous English-to-Russian translators — and into cyberspace, as an ebook (as well as audio and video recordings) that will hopefully travel around the world.

What started as a conversation among four friends on Facebook, sparked by a post from EngPussyRiot that provided instructions on how to send letters to the band, has become a transnational conversation of hundreds powered by social media but driven by the same community and generosity among writers that informed the foundation of PEN. Both the example set by Pussy Riot — fierce, feminist champions of freedom — and the example being made of them by the Russian judiciary has fired something in writers around the world. The band’s punk prayer, a poem gorgeously translated into English by Carol Rumens and Sasha Dugdale, uses language precisely and powerfully — and it’s inspired the poets who’ve contributed to do the same.

We are used to feeling that, bar some high-profile cases, we have freedom of expression in the UK (as in the US, Canada, Ireland, Australia, and — albeit challenged by the current government — South Africa). We speak without fear of prison. But these poems — many featuring, and celebrating, pussy, vagina or other post-watershed words — reveal the censorship we have internalised, from church and state. Many of the contributors are activists in their writing and outside it; but for some, this is their first time putting their words on the line, thinking about what it means to push back against censorship, with its physical and psychic threats. In doing so, we push, pull, and play with language and poetic form: this portfolio isn’t worthy or hand-wringing, it’s vivid and outrageous.

That is a tribute to the band, who have said they hope their work inspires others to make art and music that continues their message — and that they are inspired to hear the outpouring of bold music, poetry and art that has sprung from their example. So it becomes a cycle of mutual courage, inspiration and engagement, growing from the clicktivism of sharing a Facebook post into making something collectively and sending it out. Dmitri Medvedev might say he’s “sickened… by the hysteria” around the band, that old bugbear of men’s fear of women’s emotion and anger, but it’s scaring him into calling for the band’s freedom. That reminds us, as Pussy Riot do, that if everyone stood up and spoke out, the censors would lose. Or, as singer Ani Difranco puts it in “Face Up and Sing,” (and I think it’s right to end with a great independent singer-songwriter):

Some chick says, “Thank you for saying all the things I never do”

I say, “You know, the thanks I get is to take all the shit for you

It’s nice that you listen, it’d be nicer if you joined in

As long as you play their game, girl, you’re never going to win.”

I need back-up, I need company, I need to be inspired!

We need back-up, we need company… If you’d like to get involved email [email protected] for information on how to submit a poem — and/or how to get involved in translating the poems into Russian.

And if you need to be inspired: here’s the first poem for Pussy Riot, Ira Lightman’s “Soutien-Gorge”

‎”other early versions of the brassiere

resembled a camisole stiffened with boning”

Pussy got the… : Amy Ekins