Poetry as Protest: Poems by George Szirtes and Josh Ekroy 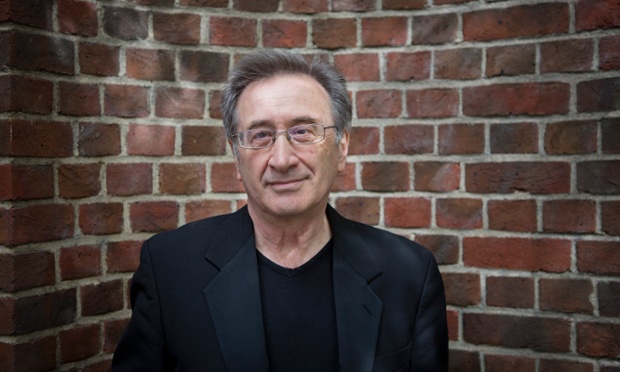 Consider the drowned
packing the sea and rising
like a dank mountain.

How deep the sea is,
how fierce and cold, untroubled
by its history.

We have history
in which we drown our sorrows
as in saltwater.

We don’t understand
death in the way the sea does
We set out in hope.

Now we lie, piled up,
as if we were intended
to be together.

But nothing is meant.
The sea does not bear meaning.
It is just a throat.

We too have our throats
but they are filled with water
and grief and money.

Those who ferry us
betray us. We can’t trust them
but rely on them.

This is the first publication of Cargo. George Szirtes also wrote a special dispatch ‘Poetry as Dance’ for PEN Atlas ahead of the opening of Ledbury Poetry Festival.

I am satisfied that this is not a case
in which the Crown could have had any knowledge
that a notoriously unstable egg would hurl itself
from the wall it was ill-advised enough to sit on.

I am further satisfied that subconsciously
the King’s horses and indeed the King’s men
may have wished to reassure the Crown
that the position of Mr Dumpty was perfectly safe,

but there is absolutely no evidence whatsoever
to suggest that the so-called ‘Dumpty Dossier’,
now in the public domain, overstressed
the stability of the egg’s position in any particular.

Turning now to Miss Liddell,
who obtained an interview with Mr Dumpty,
which he was not authorised to give, just prior
to his fall: the vast bulk of the evidence

laid before me states categorically that it was
this very interview that destabilised him. For years
a loyal servant of the royal household,
this extremely able ovoid was put under intolerable pressure,

in particular by Miss Liddell’s persistent and intrusive
line of questioning. Clearly, much needs to be done
in refining procedures for press interviews with leaking eggs.

In conclusion, the cavalry is to be commended
for its efforts, which went well beyond its duty of care,
to reassemble Mr Dumpty.

George Szirtes was born in Budapest in 1948 and came to England as a refugee in 1956. He was brought up in London and studied Fine Art in London and Leeds. His poems began appearing in national magazines in 1973 and his first book, The Slant Door, was published in 1979. After the publication of his second book, November and May, he was invited to become a Fellow of the Royal Society of Literature. Since then he has published several books and won various other prizes including the T S Eliot Prize for Reel in 2005. He has also worked extensively as a translator of poems, novels, plays and essays, whilst own work has been translated into numerous languages.

George wrote the introduction to the award-winning Catechism: Poems for Pussy Riot, an anthology of over 100 poems written in support of the imprisoned members of the group and published by English PEN. http://www.georgeszirtes.co.uk/

Josh Ekroy was born in Essex, brought up in Surrey and educated in Sussex and Kentish Town. In another life he wrote novels for which the world was not yet ready as well as humorous articles which appeared in magazines including Punch. He now lives next to a lot of building sites in the City of London. He taught English for some years mainly in FE Colleges and for two years in Kiribati in the Pacific, which was then and is now disappearing beneath the waves as ocean levels rise. His poems appear in magazines, anthologies and webzines. Ways to Build a Roadblock (Nine Arches Press, May 2014) is his first collection of poetry. It explores the legacy of more than a decade of wars on terror, disastrous foreign poliies and brutality, and has been described by Greta Stoddard as ‘sharp-eyed, sharp-tongued’.

The Ledbury Poetry Festival, the UK’s biggest poetry festival, takes place over ten days each July ( 3 – 12 July 2015). Throughout this year’s festival, we are running ‘Poetry as Protest’, a joint initiative to highlight the many poets currently at risk around the world. Poets including Simon Armitage, Dr Rowan Williams, and Shazea Quraishi are reading the work of persecuted writers including Enoh Meyomesse, Liu Xia, and Mahvash Sabet. By pairing these writers with poets speaking at Ledbury we seek to build solidarity for poets at risk and to give a voice to those whom others have sought to silence. #PoetryasProtest http://www.poetry-festival.co.uk/