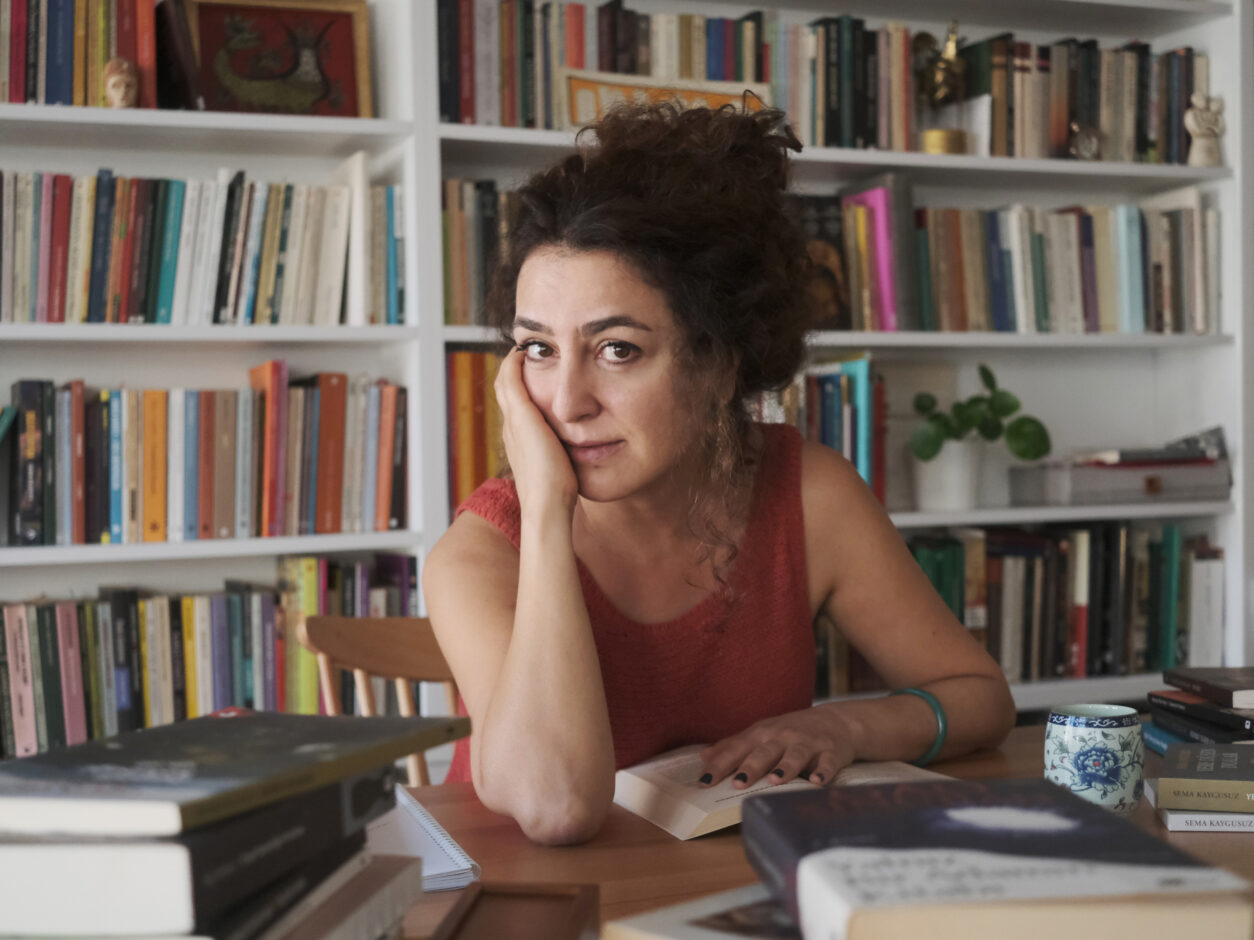 Sema Kaygusuz is an internationally acclaimed writer of short stories, novels, plays, and scripts. In her work, Kaygusuz principally focuses on the role and place of people in the world, interrogating different perspectives and opinions, rejecting any idea of human superiority against other species.

Born in Samsun, Turkey in 1972, Kaygusuz spent most of her childhood in rural areas and small cities across Turkey due to her father’s itinerant military career. Kaygusuz became closely acquainted with the complexities and cultural diversity of Turkey. A wide range of folk tales, legends, and stories which she sourced from various dialects and languages during these years remain her greatest source of inspiration.

In 1994, Kaygusuz moved to Istanbul where she still lives today. Throughout her career she has spent time in several cities including Berlin, Vienna, Paris, and London. Kaygusuz’s work has been translated into many languages and the English translations of her books Every Fire You Tend (translated by Nicholas Glastonbury and published by Tilted Axis) and The Well of Trapped Words (translated by Maureen Freely, and published by Comma Press) were both awarded PEN Translates grants and have won awards for translation and editorial quality. Kaygusuz is also one of the writers of the award-winning Turkish film Pandora’s Box. A literary poll conducted by the leading literary journal Notos in 2009 placed Sema Kaygusuz at the top of the list of “writers who will be most influential in Turkish Literature.”

During her residency, Kaygusuz has rediscovered her love for theatre, and she has been seeing theatre shows every week. She has also been spending time in the library of Regent’s University, where she is taking English language classes, and working on her latest novel. Kaygusuz has taken time to write letters to her friends in prison in Turkey, and to engage in conversations with academics, readers, and editors.

“The first feeling I experienced when I came to London was ‘fraternity’. I think fraternity is the most neglected motto of the French revolution. To have freedom and equality, it is first necessary to fraternise.

I don’t think that the principle of fraternity is easily activated by the word solidarity. Fraternity is the ability to make things more personal, to not be bound by corporate restraints, and to be in close contact in order to heal wounds. Fraternity is about touching, hugging, and sharing worries and concerns. Experiencing this fraternity while being so far from home has helped me to see my internal wounds in a new and more meaningful light. I now feel that I can transform these wounds into something performative. The invaluable bond that Dan, Cat, and Asya formed with me means a great deal.

In the streets of London, illuminated with the excitement of the New Year, I am constantly faced with the feeling of ‘starting over’. And in the neighbourhood of Angel, where people love to party until the morning, I am reminded that I only have one life. In London I have encountered a big feast and I slowly remember the power of joy, which can take people away from anxiety.

It makes my head spin how fast time goes by. I may not be able to do everything I planned, it is impossible not to be tempted to become a Londoner by going to exhibitions, parks, and cinemas, and to wander around streets that get deeper and deeper as you walk. I’ve done so many things I didn’t plan that each night in my dreams I weave a new and curious consciousness.”