Skip to content
Home > Campaigns > The Gezi Park Protests: the impact on freedom of expression in Turkey

The Gezi Park Protests: the impact on freedom of expression in Turkey 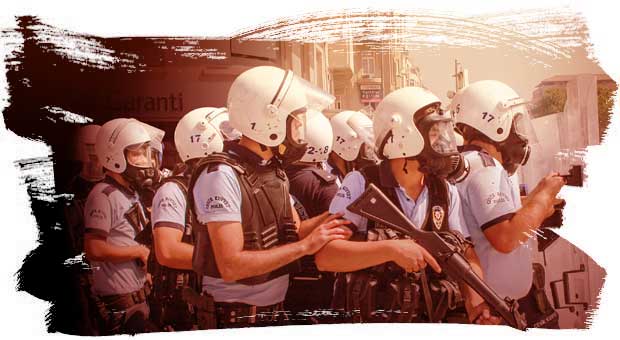 When a small group of environmental campaigners began a sit-in in Gezi Park, Istanbul, last May, few could have predicted that their protest against the construction of a shopping mall would escalate into an unprecedented demonstration against the state. The authoritarian manner in which the ruling party enforced its plans for the park – from the lack of public consultation to the draconian tactics of the police – triggered a nationwide response. By the end of July, according to official government estimates, 3,545,000 people across 80 of Turkey’s 81 provinces had taken to the streets in solidarity with the Gezi Park protesters.

The protests encapsulated the tension between the conservative mainstream and a wide variety of disenfranchised groups in Turkey in the battle over public space, the struggle of minority groups to express their identities and the resistance to the growing authoritarianism of the democratically elected Justice and Development Party (AKP). The excessive use of police force, as well as widespread media censorship and reprisals against journalists and users of social media, starkly illustrated the shortcomings of Turkish democracy in its lack of pluralism and disregard for fundamental rights and freedoms.

Our research identifies a number of areas that the government of Turkey must urgently address:

At its best, the Gezi Park protests involved the peaceful coming together of myriad opposition groups in a creative public forum. A culture of protest and dissent has been established amongst a previously politically disenfranchised younger generation. The emergence of social media and its enormous impact as a vehicle of news and commentary has also done much to challenge the traditional print and broadcast media’s self-censorship, but is now threatened by a controversial internet law.

PEN calls on all political actors in Turkey to work towards a revised framework that respects the rights of protesters and journalists during peaceful demonstrations, including more robust protection for freedom of expression both in the law and in the regulation of the media. In light of this, PEN calls on the government of Turkey to:

The Gezi Park Protests: the impact on freedom of expression in Turkey is available here.

Or you could use the form below.  A sample letter is provided but it is always better if you put the appeal in your own words.

I am writing to you as a supporter of English PEN, the founding centre of the international association of writers, to draw your attention to a joint report published by English PEN and PEN International The Gezi Park Protests: the impact on freedom of expression in Turkey: http://www.englishpen.org/the-gezi-park-protests-the-impact-on-freedom-of-expression-in-turkey/

PEN has a long history of supporting writers at risk and campaigning for the protection of freedom of speech in Turkey. The intense and exceptional nature of last year’s protests, the response of the media and the authorities and the lack of an official investigation into unlawful police violence offered a unique opportunity to examine the threats to freedom of expression and the need for reform.

In addition to documenting individual allegations of human rights violations, the report examines Turkish legislation concerning freedom of expression, assembly, and the press in light of Turkey’s obligations under international human rights treaties to which Turkey is a state party. PEN’s research identifies not only the necessity for addressing the violations of human rights that took place during the protests, but for both legislative and media reform.

The report concludes with the following recommendations to the Turkish authorities:

I join PEN in calling on the Turkish authorities to investigate the violations of freedom of expression and assembly that took place during last year’s protests, and sincerely hope that the above recommendations and others included in PEN’s report will be taken into account.