Turkey: A letter reporting a crime 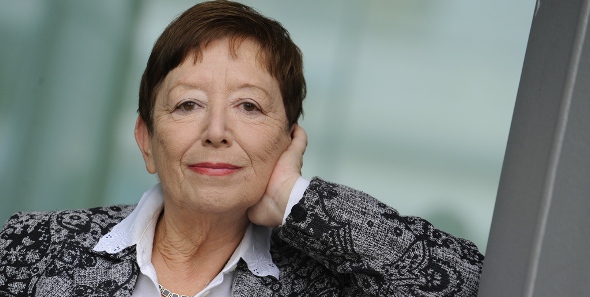 In this striking letter to the Turkish prime minister, writer Oya Baydar warns of the danger that the country is facing and explains what really happened in Gezi Park

This is an urgent letter to you, both a denunciation, and a warning of dangerous developments that are regrettably approaching. You may also regard this letter as the report of a crime.

The interest groups, property lobby, favour merchants, agents provocateurs – deliberate or unwitting – and consultants wearing political-ideological blinkers against the truth, surround and push you towards your political end at a rate of knots, at a time when you think you’re at your mightiest. Add to all this your personal characteristics which we all now recognise very well – arrogance, rage, a tough guy approach (‘Who’d dare look at me askance!’) and a tendency to confuse obstinacy with consistency – and you are leading not only yourself, but the entire country into danger. Don’t worry, there’s no threat of a coup; but that’s not the only end for rulers of your ilk. There are instances where even 50% of the vote (which in itself is highly questionable) cannot prevent a downward slide; neither should you be placing a great deal of trust in the crowds at your rallies. That’s because 50% is only one half of the whole, and the majority of the vote is only one part of the matter.

Personal attrition at home and abroad is one thing, loss of prestige and trust is another, when your own men whisper behind closed doors ‘We can no longer rein him in; he’s leading us all for a fall.’ Few can withstand such sustained strain before its effects show on their already delicate health and inner balance.

This open letter, which I very much doubt ever will reach you, or mean terribly much should it ever do so, is written precisely to spare you from such a fall, and more importantly, to save our country from a fall – into an abyss.

Who am I, I hear you ask

You are certain to want to know who this sharp-tongued pontificating cow is. I am compelled to talk about myself, albeit reluctantly: I am a citizen of 73 years of age, from the ’68 generation, from the left of the political spectrum. I have witnessed all manner of turmoil that Turkey has endured since the coup of 1960. I have suffered during every coup, toured the torture chambers and prisons of the military barracks, was forced to live as an émigré for twelve years after the 1980 coup, and my career and personal life were upended. I am, in short, someone who’s had her share of the common destiny of this land’s sensitive and decent people. You know that role of the oppressed man you still enjoy playing, long after you came into power? I am one of the millions who’ve experienced oppression for real.

I have never, in all my life, taken despotism, authority or oppression lying down, no matter what the source: the state, the government, the organisation, the family, or even a lover or husband. We all know how your men excuse you with ‘That’s the PMs character, his style, just get used to it,’ when you offend anyone and everyone with yet another proclamation that challenges even your staunchest defender. Well, I, too, have my own character! Oh, and another thing: I cannot bear to see others treated in a way I wouldn’t treat them; I rebel. That’s why I’ve always suffered, and sided with the underdog: labourers, wronged folk, the Kurds, all those ‘others’ scorned by the elite, be they ‘belly-scratchers’ or conservative Muslims excluded from every arena – political and social – for nine decades… Let me add before I forget: I am, I beg your pardon, a sociologist, that branch of social science so fervently adopted of late by you and your consultants. Which qualifies me to assess recent events objectively, not politically, without resorting to hyperbole or misrepresentation. Since I am free of any organisational-political affiliation, have no axe to grind, brook no membership other than the neighbourhood of justice-freedom-peace, my mental and ethical liberties remain unobstructed. I am not afflicted with the obsessive AKP hatred that has become a raison d’être for some. I support anyone, whoever he or she is, whom I see as genuinely good, and who states, proposes and carries out my principles.

That is why you ought to lend me your ear. In the hard times yet to come, you might be well advised to remember my words.

Let me tell you what really happened at Gezi

I’m convinced you knew Gezi was much more than a mere park even as you attacked its supporters, inciting hundreds of thousands to target the activists who professed to nothing more than concern for the public environment.

What anyone of average intelligence will have gathered from the events of the past three weeks cannot have escaped your razor-sharp smarts. It wasn’t the internal and foreign ‘whatever’ lobbies conspiring against your rule that you believe – or rather, were deceived into believing – transformed an environmentalist protest in a park into a countrywide rebellion. Do not believe paranoid scenarios supported by spurious documents. We are familiar with some of these, either directly from the very same scriptwriters’ mouths or their pens. And you have clutched at them like a lifebelt.  Once a conspiracy theory is formed, everything becomes proof, especially if bolstered by fabrications.

What transformed the tree-saving action at Gezi into all-out resistance and rebellion was the savage police attack – disproportionate doesn’t do it justice. Times are bad, Dear Mr Erdoğan, and today’s kids are all cheeky hellions. The ‘menace’ of social media on the one hand, and the audacity of the ‘90s generation raised without the iron fist of the state on the other, a generation whose freedom-loving spirit takes no nonsense from anyone: that’s what prevented the hushing up of that vicious attack. That’s what transformed Taksim into a magnet, first for young people, and then for everyone, wave after wave. There was no lobby harbouring evil intentions towards your person or your rule, or, indeed, a military coup in the offing. The People’s Republican Party were nowhere to be seen, nor, indeed, would they have been welcome. Swathes of society, long since bubbling with resentment at your domineering and arrogant style, blew up at your heavy-handed and offensive accusations at Gezi activists. The rebellion is against your attempt to alienate anyone whose ideas, cultures and lifestyles differ from yours – never mind your government or party, against your impudence in putting your nose into every aspect of our lives, from TV series through to what we eat and drink, how we make love and how many children we should bear. It was against your Bullying Presidency.

Matters might not have reached such dimensions if your oh-so-omniscient consultants who accuse everyone else of being oh-so-ignorant had focused on mass psychology instead of tenuous conspiracy theories, informing you accordingly, if they were able to criticise your style, and if they told you the truth. You have recently offended everyone, anyone, any party, organisation, or in your choice words, ‘anyone with a bellyache’ who opposes your person, your rule, your politics; what else would you expect them to do under these conditions but flock to Gezi, to Taksim, with an ‘Enough!’ and create brand-new Gezis throughout the land? In the meanwhile, ill-advised coup nostalgia hankering at playing soldiers, and perhaps domestic and foreign agents too, all rushed in; who’d look such a gift horse in the mouth? Insignificant pre-80s cartoonish groups, never averse to a bit of window smashing and bus torching just to prove to one another how hard they are, yes, they also turned up, waving way above their own weight in flags. And finally, the masses, mostly young, with nothing to lose but their misery and poverty, and who can do little more than rebel blindly in rage at the life they’re sentenced to…  In short, if Gezi stopped being a park and became the focus of opposition that unites the other 50% who have little in common other than the fact that they didn’t vote for you, it is purely down to you and your cronies, who succeeded in creating a terror organisation out of the Beşiktaş Çarşı group.

I ask myself if you were talked into it, or simply ignored more moderate advice when you shattered any hope of reconciliation or return to normalcy with your provocative, divisive and accusatory discourse, and believed your own propaganda. I wonder, for instance, on whose information you ordered that Saturday night attack that burned every single remaining bridge. If you had received information that hadn’t been deliberately falsified, you would have known that common sense calls to end this matter had been gaining momentum, and that Gezi Park demonstrators were ready to dismantle their tents and clear the park.

There is a serious crime here Dear Mr Erdoğan. There is a constitutional crime. There is the crime of evil designs on our democracy. There is the crime of attempting to sever Turkey from the world, to isolate and leave it friendless with your latest statements and attitude. I hereby report those around you if they are responsible for inciting you to this crime. However, if you have taken the above-mentioned decisions on your own, despite those around you, then I report you, Tayyip Erdoğan, to the Prime Minister.

And I hereby report a crime, exercising my civic duty.

Oya Baydar was born in 1940 and graduated from Notre Dame de Sion High School for Girls. Her first novel, written during her senior year at high school, was published in Hurriyet who introduced her as ‘the Françoise Sagan of Turkey’. She studied Sociology and Philosophy at Istanbul University and after graduation began working as a lecturer in the same department. She stopped writing literature in the 1960s, during the organisation of the socialist movement in Turkey, and focused on researching socio-political structures, while actively involved in the socialist movement. She was arrested in the military intervention of 1971 and dismissed from her position at the University for being a member of the Turkish Labour Party and Teachers’ Trade Union. After her release, she worked as a columnist and journalist in different newspapers until 1980.  After the coup d’état on September 12, 1980, she had to flee Turkey and lived in exile in Germany until 1992. She witnessed the collapse of the socialist system and the Berlin Wall, and returned to literature. Her work has been translated into more than 20 languages, including German, French, English, Arabic, Portuguese and Greek. Oya Baydar currently lives in Turkey and spends her time in Istanbul and Marmara Island.

Feyza Howell works as a literary translator as well as serving English PEN as assessor and a number of public agencies as interpreter. She has been translating fiction and commercial texts for many years as well as writing copy and non-fiction, including Waste by Hakan Günday and her translation of Madame Atatürk by İpek Çalışlar is due for publication by Saqi in the autumn.