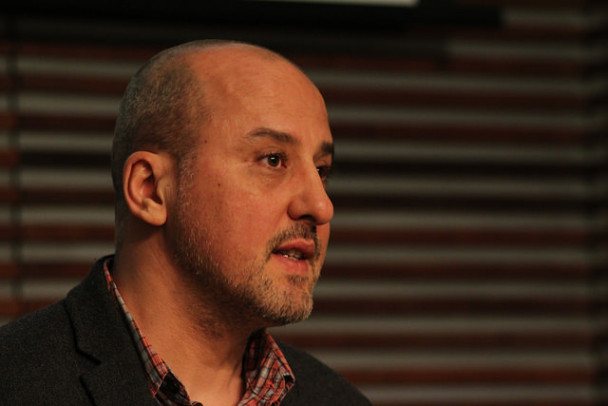 **UPDATE (30 December 2016): Following his detention yesterday, leading investigative journalist Ahmet Şık has now been charged and arrested. He is accused of making terrorist propaganda for the outlawed Kurdistan Workers’ Party (PKK) and the Gülen movement (FETÖ), which the government has blamed for the failed coup attempt in July 2016. He has also been charged under Article 301 of the Turkish Penal Code, for ‘publicly denigrating the Republic of Turkey, its judiciary, military and security forces’. English PEN believes that the charges are politically motivated and calls for Şık’s immediate release.***

The detention of award-winning investigative journalist Ahmet Şık once again highlights the growing post-coup crackdown in Turkey, English PEN and PEN International said today, as they reiterated calls for freedom of expression to be safeguarded during the current state of emergency.

Şık was taken from his home in Istanbul this morning as a government crackdown targeting critical voices in the press intensified further.

We are deeply concerned at the news of Ahmet Şık’s detention. The continuing harassment and intimidation of the media in Turkey is an unprecedented assault on press freedom. We call for Şık’s immediate release.

It’s deeply disturbing that Turkish authorities have detained Ahmet Şık on the same day that two other writers – Asli Erdogan and Necmiye Alpay – have been released from pre-trial detention,’

We are calling for Şık to be released immediately and unconditionally, if – as appears – he is being held soley for his use of social media to express legitimate criticism of the state and officials.

Turkish authorities have reportedly brought a ‘classified’ case against Şık using draconian state of emergency powers introduced since the failed coup attempt in July 2016. As a consequence of the classified status of the case against him, the grounds for Şık’s detention have not been officially disclosed and he faces the prospect of being questioned without access to legal counsel for up to five days.

Press freedom has deteriorated rapidly in Turkey in the aftermath of the coup attempt, with close to 150 writers and journalists currently behind bars. Almost 170 news outlets have also been shut down under laws passed by presidential decree during the post-coup attempt state of emergency, a period that has been characterised by the heavy-handed use of extraordinary powers while normal constitutional protections are suspended.

While the grounds for Şık’s detention have not been officially disclosed, the state-run Anatolian News Agency has reported that it was related to a number of tweets and news stories critical of the Turkish government.

Amongst the articles cited by the Anatolian News Agency were news reports concerning Turkey’s alleged role in arming factions involved in the Syrian Civil War; an interview with the Kurdistan Workers’ Party (PKK) senior leadership regarding the former peace process with Turkey; and a number of articles critical of the government’s handling of the conflict with the PKK in the aftermath of the collapse of the peace process.

Şık’s detention comes a day after Turkey’s Deputy Prime Minister Numan Kurtulmuş warned members of the press to ‘watch their step’ during a press conference in Ankara.

Award-winning investigative journalist Ahmet Şık has worked tirelessly to uncover political corruption in Turkey since 1991, writing for Cumhuriyet, Evrensel, Radikal, Nokta, BirGun and Reuters. He has also written three books: the first two, published in 2010, are about Ergenekon, an illegal organisation alleged to be behind many acts of political violence in Turkey, and its relationship to Turkish military and paramilitary groups. The third, The Imam’s Army, deals with the influence of the Gülen Movement, in Turkey’s police and judiciary. He was one of the first journalists to write about the growing influence of the Gulen Movement prior to the groups fall out with Turkey’s government.  Şık is also the author of Journalism Under Siege, a joint report on press freedom in Turkey by English PEN, Article 19 and Free Word.

During the latest hearing in December 2016, the prosecutor demanded that the charges should be dropped on the grounds that there was insufficient evidence.  However, Şık argued that the case should be dismissed instead on the grounds that the evidence against him had been fabricated and elements within the police and judiciary acted illegally in the course of the investigation.

Şık is also being tried for comments he made upon his release in March 2012 when he criticised the authorities involved in his arrest and initial imprisonment. Both hearings will be held in February 2017.

Ahmet Şık was awarded the 2014 UNESCO Guillermo Cano World Press Freedom Prize. In late 2015, he was the first writer to be selected for a residency at the Free Word Centre in London, UK on a new programme for writers and journalists administered by English PEN, Free Word and ARTICLE 19, in partnership with the Committee to Protect Journalists.