Skip to content
Home > Campaigns > Turkey: PEN Centres worldwide call for the acquittal of all defendants in the Gezi hearing, and for the immediate release of Osman Kavala

Turkey: PEN Centres worldwide call for the acquittal of all defendants in the Gezi hearing, and for the immediate release of Osman Kavala 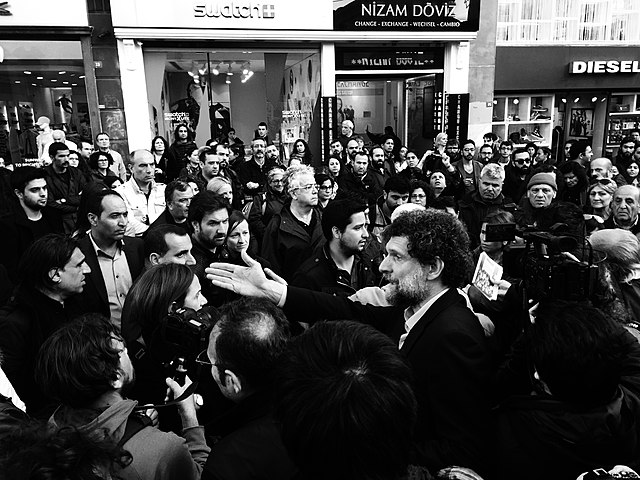 UPDATE (25 May 2021): English PEN is deeply disappointed that the trial court ruled for the continuing detention of the publisher and human rights defender Osman Kavala, despite the European Court of Human Rights ruling that he should be immediately released in December 2019. The trial court requested that the case is merged with another Gezi-related case. The date of the next hearing is 6 August 2021.

We, the undersigned PEN Centres, condemn the continued judicial harassment of all defendants in the Gezi trial, the new hearing of which takes place tomorrow. We further call for all charges against the defendants in this case to be dropped and for the publisher, civil society actor and human rights defender Osman Kavala’s immediate and unconditional release from prison.

Osman Kavala has spent over three-and-a-half years behind bars. First detained in October 2017, he was officially charged 16 months after his arrest – accused of being responsible for crimes allegedly committed by protestors across Turkey during the 2013 Gezi Park protests. Kavala faces a life sentence without the possibility of parole, with an additional 20-year sentence for ‘espionage’. He remains in pre-trial detention in Silivri Prison, outside Istanbul.

In December 2019, the European Court of Human Rights ruled for Osman Kavala’s immediate release, as it found his detention ‘pursued an ulterior purpose…namely that of reducing [him] to silence’. Yet the Turkish authorities continue to ignore the binding judgement of the Court and decisions from the Council of Europe’s Committee of Ministers.

The majority of defendants in this case were acquitted in February 2020. The prosecutor’s appeal against their acquittals was upheld in November 2020 and a retrial was ordered. We call for this prolonged, judicial harassment to end.

Representatives of PEN Centres have been present at every one of the hearings in the Gezi cases and observed the judicial theatre that took place, and which has no basis in law. We support the defendants in this case for exercising their constitutional rights to assembly and demonstration.

We urgently call for Osman Kavala’s immediate and unconditional release from prison, and for all charges to be dropped against the defendants in this case.