Watch: Poetry protest at the Qatar Embassy for Mohammed al-‘Ajami 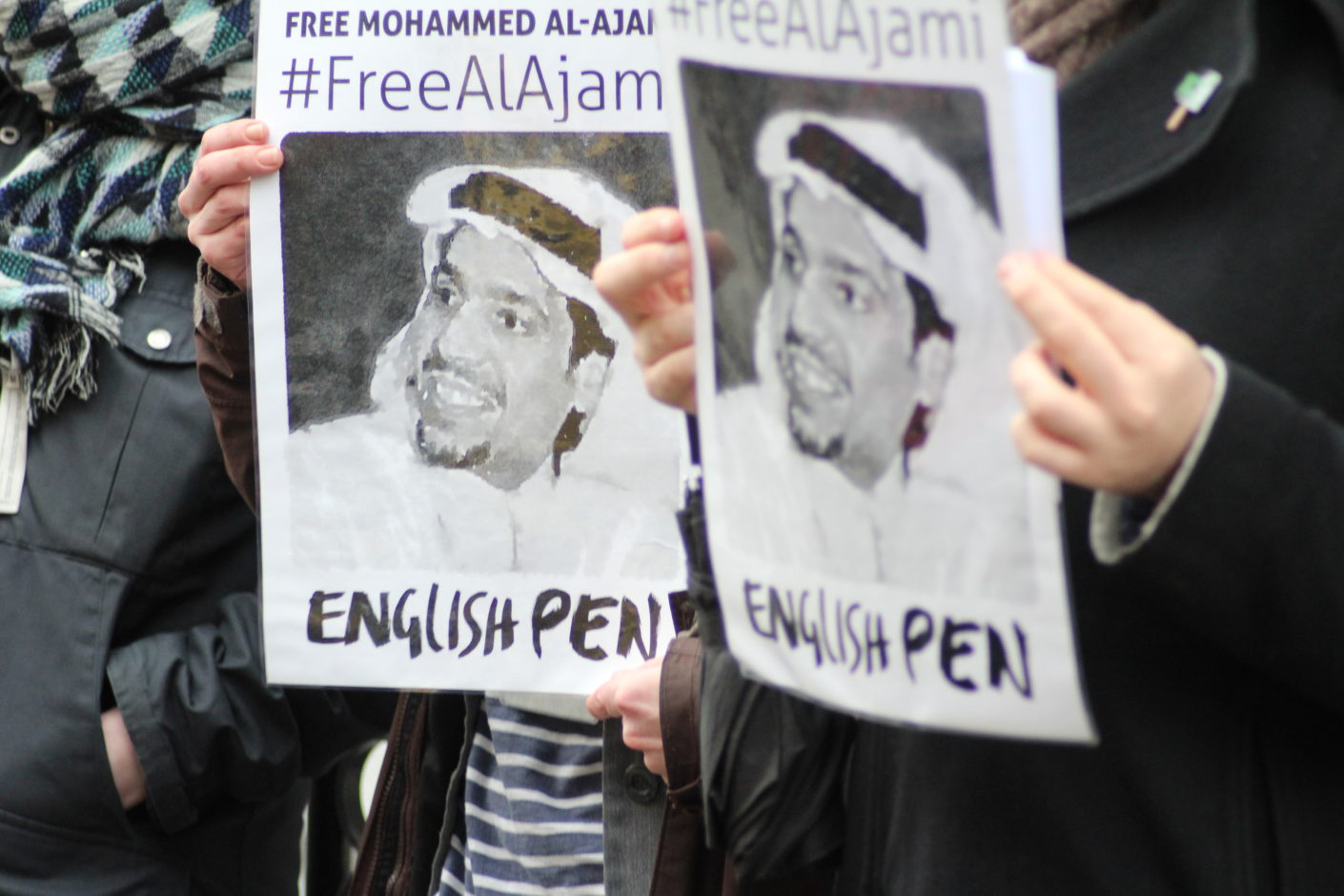 On 25 February 2016 members of English PEN, Amnesty International and Farrago Poetry gathered at the Embassy of the State of Qatar in London to protest the imprisonment of Mohammed al-‘Ajami.

Al-‘Ajami has been in prison since his arrest in on 16 November 2011. He was charged with ‘challenging the authority of the Emir’ after a video of him reciting a poem while studying in Cairo in 2010 was uploaded to YouTube without his knowledge. He was initially sentenced to life in prison on 29 November 2012, reduced to 15 years on appeal.

Mohammed al-‘Ajami’s poetry was read outside the embassy as an act of solidary and protest.  Photographs are available on Flickr and you can view footage of the demo on YouTube or via the player below.