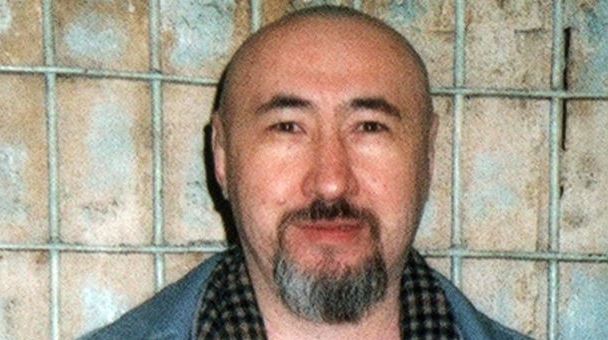 My throat, unable to speak, will die
For the sounds of my homeland.
My ancestors’ patter will vanish
Like water into sand.
I am a storyteller of immortality
In Semitic and Etruscan tongues;
I am the dust of Turkic dialects
Writing in Russian.
Many lives’ twisted fates
Are lost inside me, mourning,
And I myself am a naked tangle of nerves
Pulsating with verses.

– ‘My Throat Will Die’, translated by Alfia Nakipbekova and Niall McDevitt

Aron Atabek is a poet, journalist and social activist. He has written several books of poetry and prose inspired by Tengriist spirituality in 1992 founded the monthly newspaper Khak (The Truth). Atabek was awarded the literary ‘Almas Kylysh’ prize in 2004 and the Freedom to Create Imprisoned Artist prize in 2010.

Atabek was arrested in July 2006 and charged with organising mass disorder, complicity in hostage-taking, and complicity in the murder of a police officer. He denied all charges against him.  In October 2007 he was sentenced to 18 years in prison. After the conviction, and shortly before a hearing of the case at the Supreme Court, the two main witnesses for the prosecution withdrew their testimony. They claimed that they had been tortured and blackmailed into testifying against Atabek. The Supreme Court declined their new testimony as unsubstantiated. In December 2015, a court in Astana dismissed Atabek’s appeal against his sentence.

On 10 March 2016, members of the European Parliament met to discuss freedom of expression in Kazakhstan. MEPs condemned the ‘disrespect and violation of prisoners’ rights’, specifically naming Aron Atabek and another writer of grave concern to PEN, Vladimir Kozlov, and demanded that they receive ‘immediate access to necessary medical treatment and are allowed regular visits, including by family members, legal representatives and representatives of human rights and prisoners’ rights organisations’.

You can find your ambassador to Kazakhstan here.