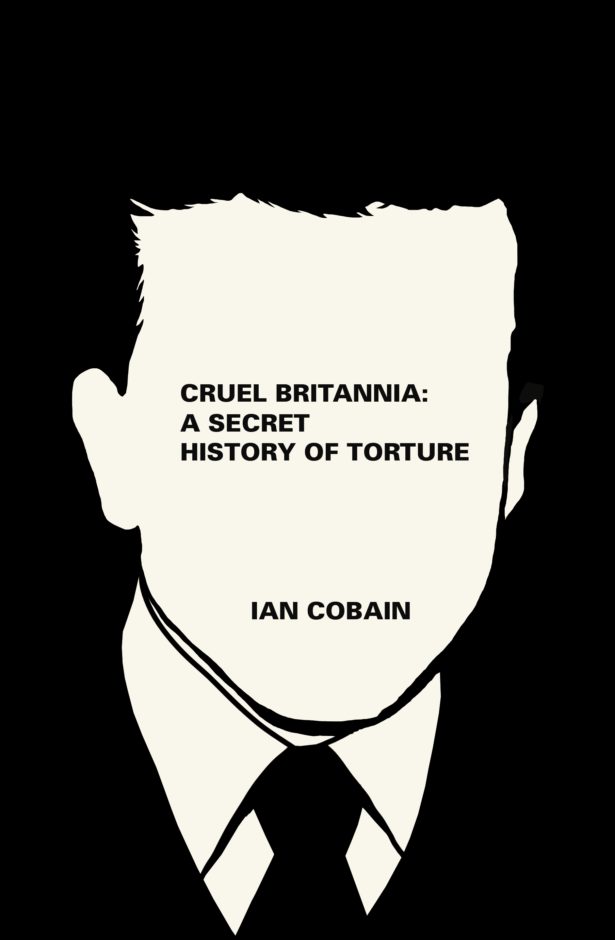 By February the 14th, we are likely to be one step closer to a media ban on the real issues at the core of public interest. Parliament will have been presented an assessment of the evidence for The Justice and Security Bill ‚Äì an effort by Ken Clarke and the Ministry of Justice to enforce private courts and indefinite limitations on press access to ‚Äòactivities relating to intelligence or security matters‚Äô.

It was with this in mind that four commentators on the lesser-known and unofficial parts of Britain‚Äôs foreign policy ‚Äì namely its use of torture on prisoners of war ‚Äì gathered to talk at the Free Word Lecture Theatre in Farringdon last week. Claire Algar of human rights NGO Reprieve, author of¬†Guantanamo Boy, Anna Perera, and former senior legal officer to the military during the invasion of Iraq, Nicholas Mercer, came together to discuss the issues raised in Cruel Britannia, the first book by fellow panellist and award-winning investigative journalist, Ian Cobain and published by Portobello. The hour-long discussion chaired by the president of English PEN, Gillain Slovo, saw all four speakers recount their own experiences, before sharing their views on why it was necessary to oppose torture, and how to do so most effectively.

Unsurprisingly, the answer in the first instance came down to a basic level of humanity. A life-long pacifist, Perera expressed the need to reassess our violent tendencies; while Mercer, most pragmatically, stressed the illegality of torture. ‚ÄúI don‚Äôt even know why the argument‚Äôs entertained,‚Äù he said during his impassioned speech. ‚ÄúWe‚Äôve signed the UN convention against torture. It‚Äôs binding under international law and saying, ‚Äúwell perhaps we might need to torture in certain circumstances‚Äù, is a nonsense.‚Äù

Nevertheless the MOD paid ¬£14 million in settlements to hundreds of Iraqis found to have been illegally incarcerated and subject to violent treatment, despite the UK maintaining that it ‚Äòdoesn‚Äôt partake in torture‚Äô. A statement of myth, claimed Cobain, to unanimous nods from his fellow panellists.¬† Algar cited the case of British resident Binyam Mohamed, accused of partaking in a ‚Äòdirty bomb‚Äô plot that was proven to have never existed, and interrogated by American officials using questions supplied by British officials. Then there were Mercer‚Äôs recollections of visiting a fellow lawyer in a prisoner of war camp and personally witnessing forty Iraqi‚Äôs¬†hooded and placed in stress positions. The dispute engendered by Mercer‚Äôs challenge to that particular instance of misconduct saw him suspended from duty permanently.

Yet many people still regard torture as an effective mechanism against terrorism.¬† In Algar‚Äôs experience, a room full of people, when asked, will raise their hands in support of it, but tell them the back stories of individuals involved, and many will change their mind.¬† Panellists were all agreed that narrative, as opposed to reciting the terms of Geneva convention, was more effective in generating resistance. ‚ÄúWe need to do it through stories‚Äù stressed Algar, who went on to site Dick Cheney‚Äôs insecting technique ‚Äì describing an imagined scene in which an American officer, sat at his desk in a remote location, decides on the most unpleasant insects to inflict en masse upon prisoners. Put in those terms, there really is no escaping the brutality.

Only by considering the characters and motivations at play, can the horror of torture be effectively communicated to incite resistance. After all, it was the story of a young Cypriot boy tortured by the British at fifteen that prompted Perera to write her own YA novel¬†Guantanamo Boy, centred, for similar reasons, on the life of a British resident. ‚ÄúI decided to write a book about a boy who was English, because I wanted the English audience to identify.‚Äù She explained. ‚ÄúI set the book just after 9/11, the following Easter. How would a Muslim boy with an ordinary family in the North of England feel, walking around his streets after seeing these images of people hooded and shackled and paraded across the media?‚Äù

Transporting her fictional protagonist to Guantanamo was easy, due to the multitude of circumstances that might lead a young man to be there. ‚ÄúThere were so many ways that people were picked up,‚Äù she explained.‚ÄúUsually bounties were paid, the equivalent of $5000, to people in Pakistan and Afghanistan to report anything suspicious.‚Äù

Narratives need not be fictional, either. In his journey from life-long Conservative with a loyal adherence to the British state and its military, to prolific speaker on the injustices carried out in the middle east, Mercer‚Äôs story is perhaps the most arresting in its details of the far-reaching deception at play. His experiences occurred prior to the Baha Mousa case, which finally confirmed Britain‚Äôs involvement in torture. Had that not occurred, his battle to make known what he describes as his ‚Äúone small event‚Äù might have been lost.

For him, the role of Cobain‚Äôs book was placing that event in a ‚Äúcontinuum of torture since 1945, through the colonial campaigns ‚Äì Malaya, Cyprus, into Northern Ireland and beyond into Iraq and Afghanistan.‚Äù In its exhaustive and meticulous account of Britain‚Äôs involvement in torture since World War II, Cruel Britannia describes a succession of governments intimidated by the threat of terrorism, and all failing to heed the multiple consequences that their supposed torture-remedy engenders. During the talk, Cobain recounted the story of Tommy McKearney, a former IRA member who was interrogated after he was arrested and charged with the murder of Stanley Adams, a postman and part-time Ulster Defence Regiment member. Often wheeled out in defence of torture, McKearney‚Äôs brutal interrogation and sixteen-year prison sentence did result in his eventual integration back into society.

But as Cobain highlighted, the long-term damage of inflicting that torture cannot be underestimated: ‚ÄúThe problem is, as Tommy says, his friends and neighbours know what happened to him and others, and it creates what he describes as a ‚Äòreservoir of hatred‚Äô, which isn‚Äôt going to run dry for years and years. Tommy says there are children in Northern Ireland who will hate the British because of what happened to him, who haven‚Äôt even been born yet. And indeed the court of appeal yesterday in Belfast heard the appeal of a man, who has been convicted of killing two soldiers in 2006, eight years after Good Friday. His father was tortured in 1971.‚Äù¬† Again, the argument for presenting causality emerges ‚Äì a sense of narrative as opposed to the bare facts, a call for stories, for voices to deliver their experiences. Cobain highlighted the small number of people reporting on torture and also expressed concern for an apparent dearth in investigative journalism.

It‚Äôs disappointing, but it is not difficult to understand why it is happening in light of the possible repercussions facing reporters. Cobain witnessed the Hutton enquiry and the treatment of Andrew Gilligan, his line-managers and colleagues. Through Gilligan‚Äôs (scarcely) clumsy use of the word ‚Äòprobably‚Äô ‚Äì when in fact he only had sufficient evidence to use the word ‚Äòpossibly‚Äô ‚Äì the government were able to come down on him and he was subsequently forced to resign.¬† ‚ÄúThis wasn‚Äôt going to happen to me.‚Äù Cobain declared, as he described his ‚Äòdefensive‚Äô approach to writing an ‚Äòattack-proof‚Äô book.‚ÄúThis wasn‚Äôt happening to me at all. It wasn‚Äôt going to happen to my colleagues at the Guardian, it wasn‚Äôt going to happen to my editors and publishers at Portobello. I wasn‚Äôt going to get a comma out of place. And I was going to use all of the necessary caveats.‚Äù

Thankfully Cobain succeeded in that aim and the book has been received to almost unanimous applause, but the fact remains that control on what journalists can and can‚Äôt say has never been tighter, and it‚Äôs about to get worse. Yesterday saw the inaugural Orwell day, an initiative by the author‚Äôs estate and Penguin to celebrate the works of a man so determined to explore the truth behind political propaganda, his name has become synonymous with that effort. In light of the imminent arrival of the Justice and Security bill however, that memorial event could not be more relevant, if regrettably, ironic.