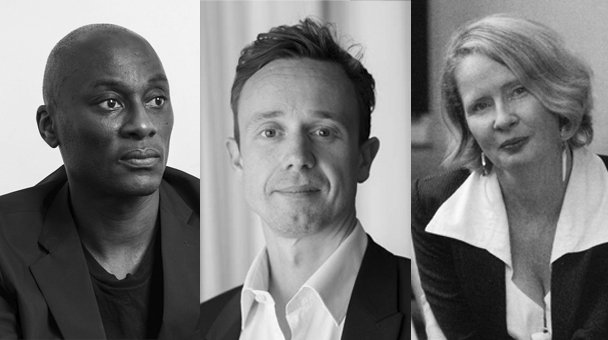 The panel will be chaired by Joanna Bourke, Professor of History at Birkbeck, University of London. Bourke is the author of The Story of Pain: From Prayer to Painkillers (OUP) and Wounding the World: How Military Violence and War-Play are Invading our Lives (Virago). She will be joined on the panel by John Bew, Professor of History and Foreign Policy, King’s College London, whose book Citizen Clem: A Life of Attlee (Quercus and Oxford University Press) won the 2017 Orwell Prize for Political Writing; and writer, cultural commentator and Chair of the Fourth Plinth Commissioning Group,   Ekow Eshun.

The PEN Hessell-Tiltman Prize is awarded annually for a non-fiction book of specifically historical content. The award was established in 1999 in memory of Marjorie Hessell-Tiltman, a longstanding member of English PEN. The winner receives a cheque for £2,000. The shortlist will be announced in March 2018 with the winner being revealed in summer 2018.

John Bew is Professor of History and Foreign Policy at the War Studies Department at King’s College London. In 2017, John won the Orwell Prize, Britain’s most prestigious prize for political writing, for his book Citizen Clem: A Life of Attlee (Quercus and Oxford University Press). He was the winner of the 2015 Philip Leverhulme Prize for outstanding achievement in Politics and International Studies and previously held the Henry Kissinger Chair in Foreign Policy and International Relations at the Library of Congress in Washington DC. Bew is a contributing writer at the New Statesman and the author of five books, including the critically-acclaimed Realpolitik: A History and Castlereagh.

Joanna Bourke is Professor of History at Birkbeck, University of London, and Fellow of the British Academy.  She is the prize-winning author of thirteen books, including histories on modern warfare, military medicine, psychology and psychiatry, the emotions, what it means to be human, and rape. Recently, she was the author of The Story of Pain: From Prayer to Painkillers (OUP) and Wounding the World: How Military Violence and War-Play are Invading our Lives (Virago). This year, she published Art and War: A Visual History of Modern Conflicts (Reaktion).

Ekow Eshun is a writer and cultural commentator. As Chair of the Fourth Plinth Commissioning Group, he oversees London’s most significant public art programme. The former Director of the Institute of Contemporary Arts (2005-10), he is the Creative Director of Calvert 22 Foundation, a centre dedicated to the contemporary culture of Eastern Europe. Eshun’s writing has appeared in publications including the Guardian, New York Times, Financial Times, Granta, the Observer, Vogue, Wired and Esquire. He is author of Black Gold of the Sun: searching for home in England and Africa, which was nominated for the Orwell Prize, and editor of Africa Modern: creating the contemporary art of a continent.

Visit the Hessell-Tiltman Prize page to read more about the prize and view past winners.