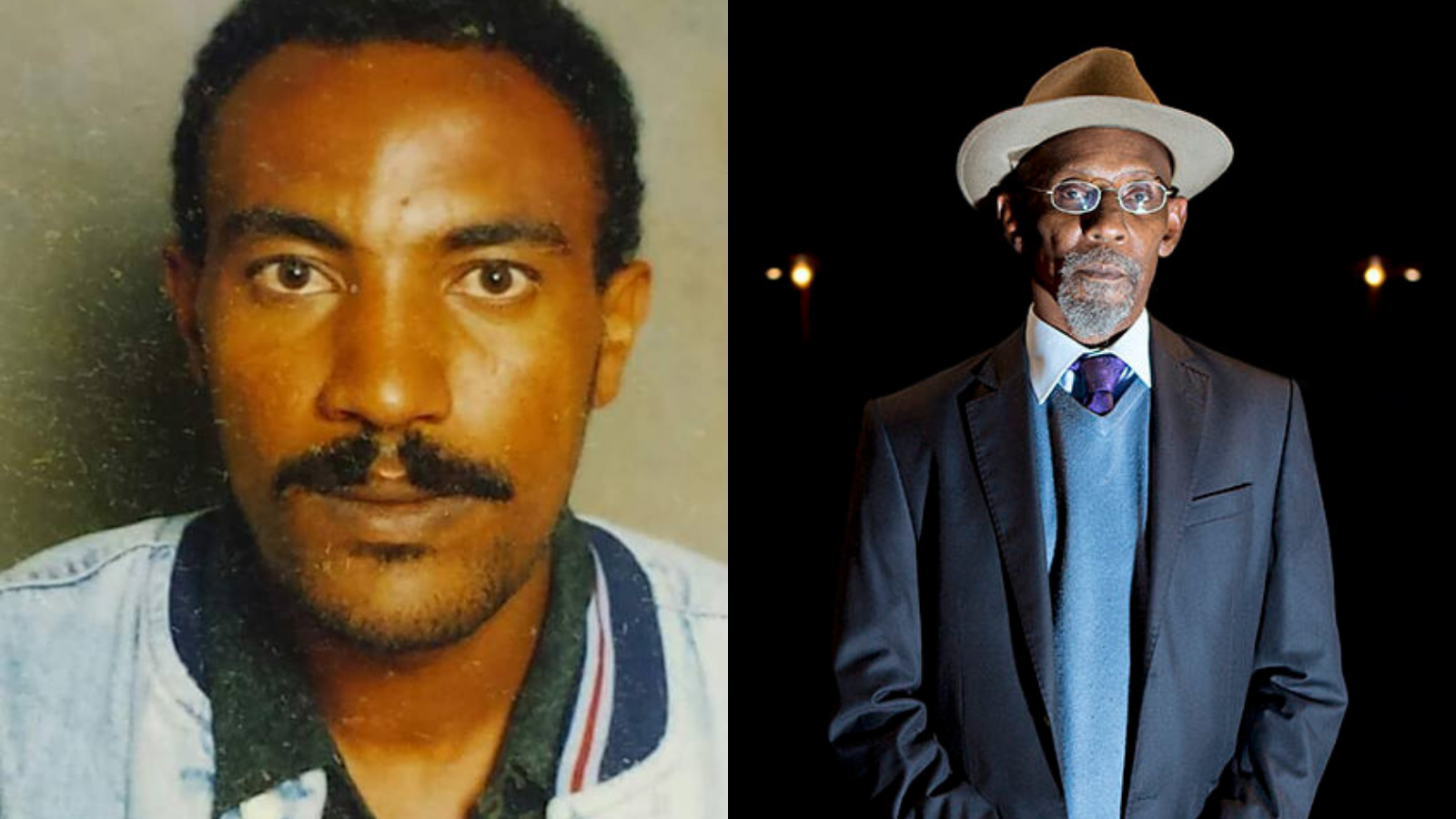 View the Tigrinya translation of this article

Eritrean poet, critic and editor-in-chief of the leading newspaper Zemen, Amanuel Asrat has been named International Writer of Courage at the PEN Pinter Prize ceremony. The Writer of Courage is awarded to someone who has been persecuted for speaking out about their beliefs. The winner of the PEN Pinter Prize for 2020, Linton Kwesi Johnson, made the announcement in a live online event hosted by the British Library this evening, Monday 12 October.

Amanuel Asrat is also the first featured writer in PENWrites – English PEN’s international letter-writing campaign in solidarity with writers in prison and at risk around the world.

Amanuel Asrat is credited for the Eritrean poetry resurgence of the early 2000s. An award-winning poet and songwriter, his writings detailed the daily life of the underprivileged, and explored themes of war and peace. Unlike wartime Eritrean poetry popular at the time, he depicted the negative side of conflict. In addition, Amanuel Asrat co-founded a grassroots literary club called ‘Saturday’s Supper’ in 2001. Similar literary clubs soon started to emerge in all major Eritrean towns.

Amanuel Asrat was also editor-in-chief of the newspaper ዘመን (Zemen, The Times). The newspaper was the leading literary newspaper in Eritrea, and helped shape the cultural landscape. Asrat himself was a popular art critic.

In 2001, the Eritrean government began a campaign to silence its critics, arresting opposition politicians, students and many journalists. As part of this crackdown, Amanuel Asrat was arrested on 23 September 2001, alongside the editors of all privately-owned newspapers. He has been incommunicado since.

The situation of Asrat and his fellow writers remains unclear. It is unknown whether charges have been brought against them or if they have ever been brought to trial. They are believed to have been subjected to torture and other ill-treatment, including lack of access to medical care. Almost two decades on from his arrest, Amanuel Asrat is believed to be among the few surviving journalists arrested in 2001, detained in the purpose-built maximum-security prison Eiraeiro.

The judges said: ‘Linton Kwesi Johnson is a poet, reggae icon, academic and campaigner, whose impact on the cultural landscape over the last half century has been colossal and multi-generational. His political ferocity and his tireless scrutiny of history are truly Pinteresque, as is the humour with which he pursues them.’

Linton Kwesi Johnson comments: ‘Keeping a citizen incarcerated, incommunicado, without charge or trial for nearly 20 years is the kind of egregious brutality that we associate with totalitarian states and dictatorships. As a gesture of solidarity from a poet of the African diaspora, I have chosen the Eritrean poet, songwriter, critic, and journalist Amanuel Asrat as the Writer of Courage for 2020.’

Daniel Mebrahtu, Amanuel Asrat’s brother, says: ‘We, the family of Amanuel Asrat, are very pleased, honoured and humbled to accept this award on behalf of our son and brother, Amanuel Asrat. Many thanks to English PEN and Mr. Linton Kwesi-Johnson. Amanuel is suffering under the harsh conditions of the Eiraeiro dungeon in Eritrea for 19 years and counting. His whereabouts are not known. We don’t even know whether he is alive or dead. We wish Amanuel was aware of this prize and honour somehow. We ask the international community to intervene in his case and other prisoners of conscience in Eritrea, and demand their immediate release. Thank you for the recognition, for your thoughts and prayers. Thank you for your constant support. We really appreciate it.’

Announcing the launch of PENWrites

Ahead of their centenary in 2021, English PEN has launched a year-long letter-writing campaign, inviting supporters around the world to send messages of solidarity to writers of courage and their families. Amanuel Asrat is the first featured writer in the PENWrites campaign.

Cat Lucas, Writers at Risk Programme Manager at English PEN, says: ‘We are honoured to be able to recognise Amanuel Asrat and his work with the PEN Pinter Prize for an International Writer of Courage 2020. We remain hopeful that this year will finally see him released and reunited with his family after almost two decades apart. In the meantime, we hope that our PENWrites campaign will provide an opportunity to raise greater awareness of his situation, to amplify calls for his release, and to continue to show our support for him and his family.’

For decades, PEN has campaigned on behalf of writers who are unjustly persecuted, harassed, imprisoned, and even murdered in violation of their right to freedom of expression. PEN members have long supported fellow writers by sending messages of solidarity and the impact of this simple act cannot be underestimated.