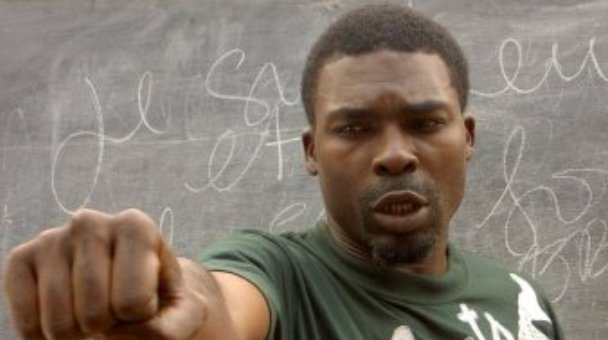 At least five filmmakers, writers and artists are currently in jail on charges of rebellion against the state, terrorism, insurrection, inciting public disorder and propagating false information.

Gaston Serval Abe, known as General Valsero, is a popular Cameroonian artist who uses music to criticise the sit-tight regime of Paul Biya.

Arrested on 26 January 2019, General Valsero had been calling for power change and urged Cameroonians to rally behind Professor Maurice Kamto, leader of the Cameroon Renaissance Movement Party, in the 2018 presidential election.

His case, like that of Youlman, a Cameroonian rapper and activist, is still pending.  Youlman, who launched a pro-Kamto campaign calling for his release, was arrested on 4 April  2019.

Meanwhile, renowned writer and filmmaker Tsi Conrad has been behind bars for over two years despite national and international calls for his release. He is serving an 15-year prison sentence on charges of spreading false news, undermining state security and terrorism for publishing a video which portrayed use of force on unarmed civilians by the defence forces.

Another filmmaker, Joel Nzeuga, has been sentenced to 12 months in jail. He was arrested during the nationwide peaceful protest organised by the Cameroon Renaissance Movement Party.

Alain Ngono, also known as Faucon, is a producer and sound engineer who has also been and sentenced to 12 months in prison. His sole crime was having visited Valsero at the police station, shortly after he was picked up by security forces.