Skip to content
Home > News > Lady Chatterley’s Lover: keep this important piece of literary and social history in the UK

Lady Chatterley’s Lover: keep this important piece of literary and social history in the UK 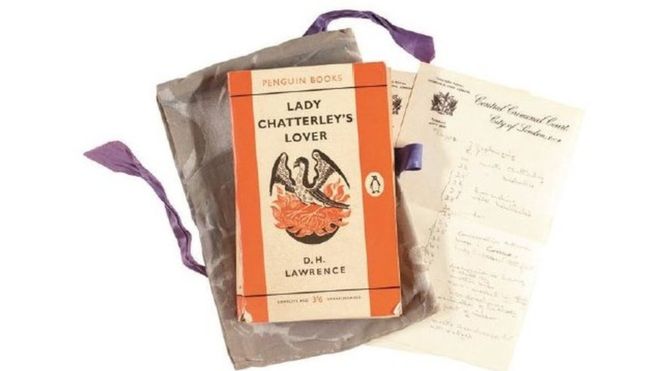 During the trial, the presiding judge, the Hon. Sir Laurence Byrne, referred to a copy of the book which had been annotated by his wife, Lady Dorothy Byrne. She had made notes of character names in the margins, underlined important  sections, and had produced a list of page numbers relating to significant passages in the book (“love making”, “coarse”, etc).

Because of its unique crucial importance in British history, the arts minister, Michael Ellis, has determined that it should remain in  the UK and has placed a temporary bar preventing its overseas export from being exported overseas if a UK-based bidder can match its price. English PEN have launched the GoFundMe campaign to raise the money required to keep the book in the UK.

DH Lawrence was an active member of English PEN and unique in the annals of English literary history. Lady Chatterley’s Lover was at the heart of the struggle for freedom of expression, in the courts and beyond. This rare copy of the book, used and marked up by the judge, must remain in the UK, accessible to the British public to help understand what is lost without freedom of expression. This unique text belongs here, a symbol of the continuing struggle to protect the rights of writers and readers at home and abroad.

Lady Chatterley’s Lover was published in Europe in 1928, but remained unpublished in the UK for thirty years following DH Lawrence’s death in 1930. Its narrative –  of an aristocratic woman embarking on a passionate relationship with a groundskeeper outside of her sexless marriage – challenged establishment sensibilities, and publishers were unwilling to publish it through fear of prosecution.

The 1960 obscenity trial of Lady Chatterley’s Lover was one of the most important cases in British literary and social history, and led to a significant shift in the cultural landscape. The trial highlighted the distance between modern society and an out-of-touch establishment, shown in the opening remarks of Mervyn Griffith-Jones, the lead prosecutor:

Would you approve of your young sons, young daughters – because girls can read as well as boys – reading this book?

However, it took the jury just three hours to reach a decision that the novel was not obscene, and, within a day, the book sold 200,000 copies, rising to more than 2 million copies in the next two years.

The verdict was a crucial step in ushering the permissive and liberal sixties and was an enormously important victory for freedom of expression.

We want to ensure this piece of our cultural history remains in the UK. Please support us and help spread the word.