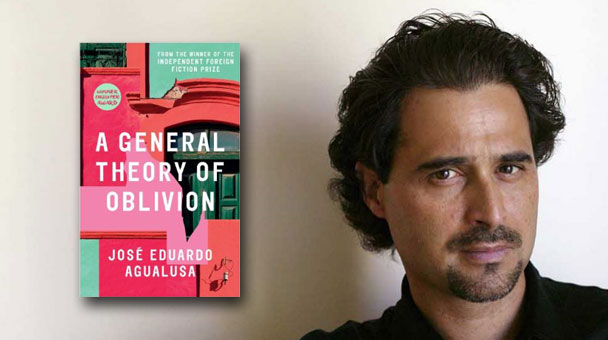 José Eduardo Agualusa’s latest novel, translated from Portuguese by Daniel Hahn and supported by a PEN Translates award, is one of the six novels shortlisted for the 2016 Man Booker International Prize. The Angolan writer previously won the Independent Foreign Fiction Prize with The Book of Chameleons (translated by Daniel Hahn). Also included on the prestigious shortlist is The Vegetarian by Han Kang (with translator Deborah Smith), who received two PEN awards for her latest book Human Acts.

Two of the six shortlisted writers, with their translators, will be in conversation at a celebratory event on Thursday 12 May chaired by the journalist Alex Clark, in partnership with the Man Booker International Prize and Foyles.

Samantha Schnee, an English PEN trustee and chair of the Writers in Translation committee, says:

What a difficult task the Man Booker International Prize judges faced in composing this shortlist from a baker’s dozen of excellent titles, representing the work of some of the world’s best storytellers from multiple continents. English PEN is so pleased to see Agualusa’s A General Theory of Oblivion (translated by Daniel Hahn, a former chair of English PEN’s Writers in Translation Committee), which was supported by an English PEN grant, recognized alongside The Vegetarian by Han Kang, another author whose work English PEN has helped support. Congratulations to all the authors and translators on the shortlist!

This impressive shortlist celebrates the truly global nature of the Man Booker International Prize. From Angola to China and South Korea, through to Italy, Austria and Turkey, these six authors and their translators are proof of the exciting variety that fiction in translation has to offer.

A General Theory of Oblivion on the English PEN World Bookshelf